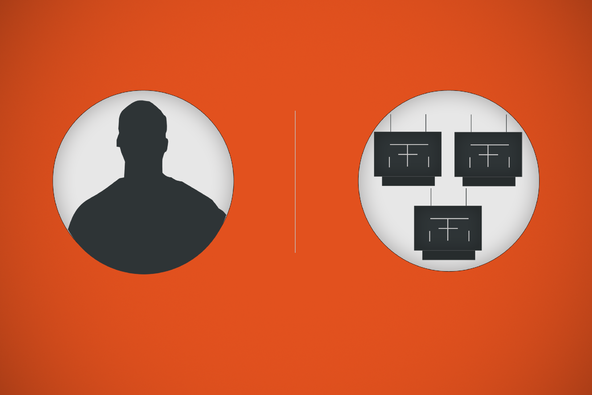 Did you know that an estimated 36% of internet advertising is spent on fraudulent traffic or bots? According to security firm Solve Media, these zombie computers simulating real traffic cost advertisers about $10 billion last year alone. Now a new startup called White Ops believes they’ve found a way to decipher and filter real traffic from bots which could save businesses and brands fortunes.

White Ops was founded last October by well-known security analyst Dan Kaminsky, along with Michael J. J. Tiffany, Ash Kalb and Tamer Hassan. Eight months later the group secured $7 million in investment funding from the Paladin Capital Group and Grotech Venture who see a huge marketplace for this technology. Right now webmasters are taking advantage of bots by trumpeting up their visitors and click-throughs, while advertisers are stuck with the check (alone at the table).

“We’ve seen entire ad campaigns that have been completely and utterly overrun by bots,” Kaminksy told the New York Times. “You see a site, at the end of the month, that is 500,000 clicks short, and then 500,000 clicks magically appear.” So White Ops intends to give customers a simple line of code to insert into their websites to compare to Google Analytics data in order to determine how much traffic is really coming from humans versus bots. The startup then plans to charge users based on the volume of traffic to their websites.

According to Kaminsky, business have been reluctant to make this change:

White Ops also says it will begin to advise businesses suffering from botnets, beyond advertising, like for automated attacks on their sites or to prevent bot credit card fraud.

How to Promote Your Company Video on Social Media [INFOGRAPHIC] »