What if a Third of Internet Ad Traffic Was Fraudulent? Wait – It Is 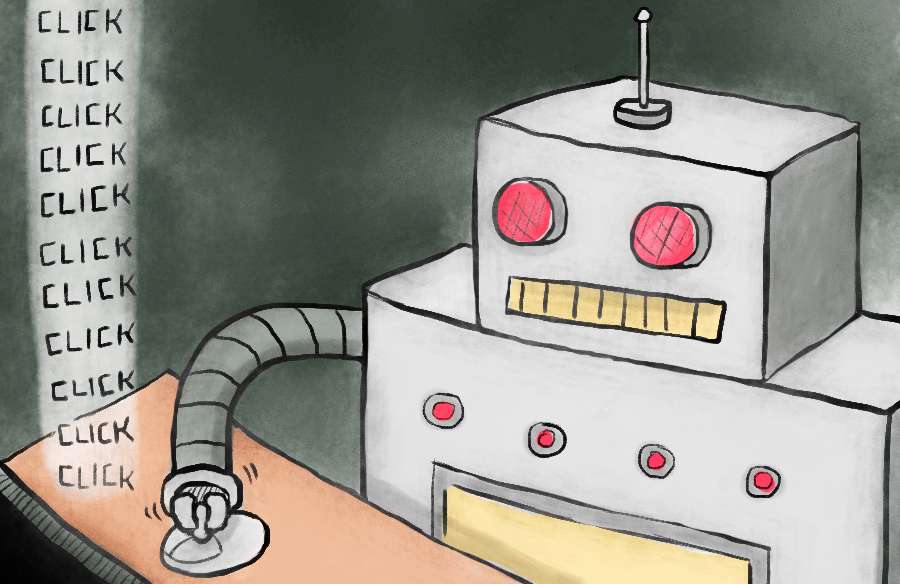 How does fraud eat up over $15 billion of internet advertising a year? The main answer is adbots. Fraudsters set up websites which feature ads. They then infect random computers with malware attached to bogus email links, websites and programs. These infected computers, often without their users realizing it, then visit the fraudsters’ websites, driving up the number of clicks and impressions. The advertisers believe their ads are paying off when in fact it’s zombie computers, rather than actual humans, doing the viewing and clicking. Display ads are particularly vulnerable.

To give you a sense of the scale of the problem, the computer security company Symantec has predicted that more malware is likely being developed than legitimate software. And, according to Microsoft, 60-70% of malware generates income for its creators through click fraud. Bot traffic could account for up to 31% of total web traffic, which perhaps makes sense given that the most successful adbots, like Clickbot.A, which has earned its own Wikipedia page, can infect up to 100,000 computers within weeks of their release. In other words, the majority of programs are malicious and the majority of malicious programs are adbots. That’s how $15 billion of internet advertising gets stolen each year.

To bring it home, consider that in 2012 Google eliminated 2 billion views from record companies’ YouTube Channels, according to The Huffington Post. Universal Recording Group alone was reported to have lost 1 billion of its 7 billion views. Beyoncé, Justin Bieber – all the big names in music saw their numbers take a hit. Google believed that those 2 billion views were the handiwork of adbots. And that’s just on YouTube.

But is $15 billion even that much money in the grand scheme of things? Well, we’ve all heard of Nigerian scams, the oddly worded emails asking for help now in exchange for rewards later. According to the U.S. Secret Service, these so-called 419 scams net a couple hundred million dollars a year. Multiply that by 75, and you arrive at the billions that adbots are bilking. With $15 billion a year, you can pretty much fund NASA.

So why have adbots garnered so little attention from the press? It might be because the companies selling ads and ad space can’t do much to stop the fraud. Perhaps the best they can do for now is calculate conversion rates, the number of views and clicks that lead to sales or other action on the part of verifiably human users. In the case of YouTube, since late 2012 Google has ranked videos not just by the number of views, but by how long viewers spend watching them, a change that somewhat diminishes the sway of adbot-generated traffic.

But there’s also the possibility that those with the biggest stakes in the internet business model want to preserve the status quo. That’s the argument writer and marketer Ryan Holiday makes in an article for the New York Observer:

The online ad game is corruptive, because the parties involved have little incentive to be honest. Ad networks have little incentive to clean up their exchanges, because they get a cut of every transaction, and cleaning up their traffic sources would lower revenues. Publishers don’t want to see penny-per-click prices disappear, because then their revenues would plummet and, more importantly, so would their traffic stats. Ad buyers know that their clients want the cheapest rates possible and the largest reach. At the end of it, it’s brands and businesses that get scammed, wasting millions of dollars on bogus, pointless advertising.

So if you want to avoid headlines, you’ll do better with an adbot operation based in Estonia than a 419-scam in Nigeria.

According to The Wall Street Journal, companies like Verizon and L’Oréal are fighting to recoup losses But, for the most part, the fraud doesn’t seem to be scaring off advertisers. This year, internet advertising is likely to hit the $50 billion mark. Thirty-six percent of that — a cool $18 billion — is likely to end up in the pockets of fraudsters.

Binge Is the New Watching [COMIC] »