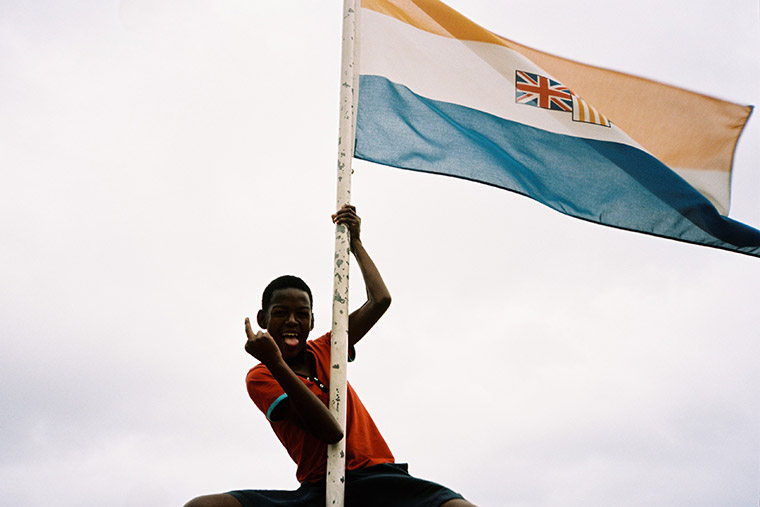 It’s been two decades since South Africa adopted its democratic government and ended apartheid. A lot has happened since then, including two major events in recent years: hosting the 2010 FIFA World Cup and the passing away of the revolutionary Nelson Mandela. In this time, how far has has South Africa come toward making Nelson Mandela‘s vision for equality a reality? Three artists aim to find out through the Twenty Journey project – and they need your help.

South African photographers Wikus de Wet, Sean Metelerkamp and Sipho Mpongo are setting off on a four-month-long journey through South Africa to explore the pulse of the people of the Rainbow Nation. Traveling from point of interest to point of interest in a camper van, the trio will interview South Africans they meet along the way while focusing on their particular topics of interest. de Wet will highlight the idiosyncrasies of life in South Africa; Metelerkamp will investigate land and its relationship to the people who inhabit it; and Mpongo will focus on the first generation of South Africans who grew up without apartheid (also known as the “born frees”).

Throughout their Twenty Journey project, the photographers will post audio, video and photographic content to their online visual journal. They’ll also keep followers updated through social media. Additionally, the trio will share hard copies of their work with backers, in the form of a booklet of photographs and journal entries, one-of-a-kind Fujifilm Instax prints and more.

Throughout their journey de Wet, Metelerkamp and Mpongo will invite South African storytellers to join them in the camper van for a few days at a time in an effort to develop a deeper sense of the way South Africans feel about democracy in 2014.

Below you’ll find selections of the photographers’ work along with the trio’s campaign video. For more information on Twenty Journey or to back the project, visit its Kickstarter campaign. Breathtaking Photographs of Stars as They Take Over the Night Sky »