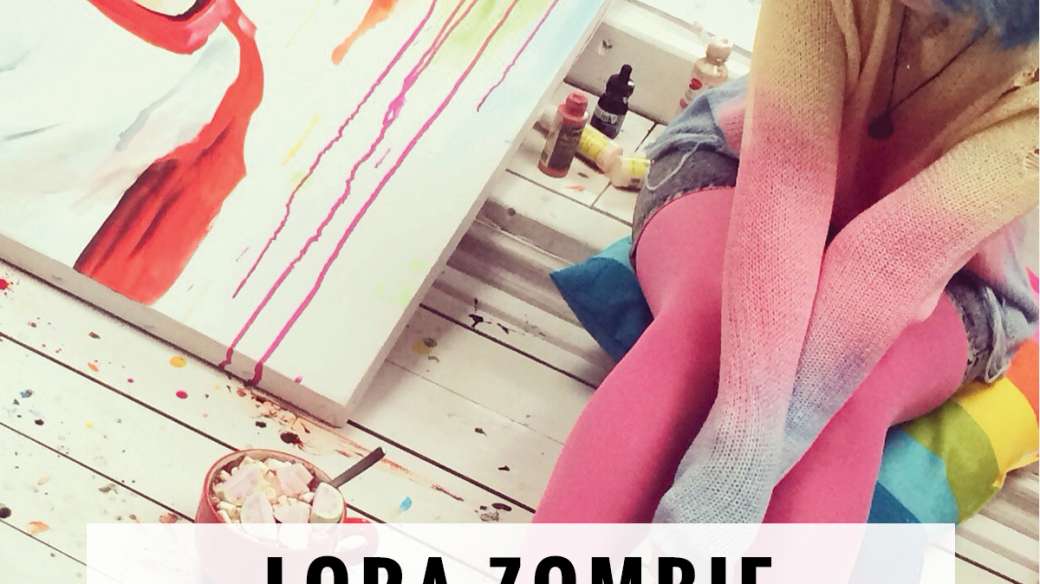 What’s better than a free art exhibit? A free art exhibit that doubles as a live painting show and fundraiser for rescue dogs! This Saturday, grunge artist Lora Zombie will give her first solo show, Backward Amnesia, in (you guessed it) an abandoned Bushwick warehouse in Brooklyn, New York.

The show – Zombie’s biggest to date – will feature over 60 new original works, live painting, exclusive print releases and a silent auction for charity. 100% of proceeds from the painting event and auction will be donated to the Badass Brooklyn Animal Rescue, which rescues dogs from high kill shelters in southern U.S. states.

Lora Zombie is a self-taught painter from Voronezh, Russia, who often combines morbid characters like skulls and combat soldiers with happy pastel colors, creating a peculiar dynamic that makes you question deep-set fears. Previously we featured a speed painting video of Zombie’s work. Zombie has exhibited around the world, including in New York, Los Angeles, Toronto, Long Beach and Saint Petersburg.

An Art Exhibition and Night of Live Painting by Lora Zombie

For more information about the show, visit its Facebook event, or check out some of Zombie’s work below:

The World’s Tiniest Washing Machine Will Fit Into Your Pocket »