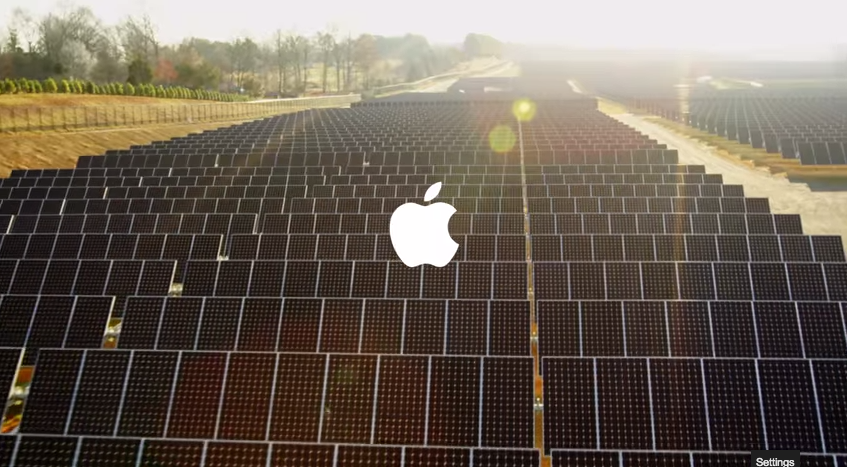 Early in April 2014, in its annual green practices report, Greenpeace concluded that Apple was the most improved company in terms of using and promoting green internet practices. So in honor of Earth Day, Apple announced today that it is continuing strong on this path to reduce its impact on the environment by expanding its use of renewable power.

The company is doing so with 120 retail stores and many of its data centers now running on renewable energy, from solar and wind power. New manufacturing facilities that will run on 100% clean energy. New product designs that use greener and recycled materials and less packaging.

Chief executive Tim Cook is committed to green practices, evident by Apple’s vice president for environmental initiatives, Lisa Jackson former administrator of the U.S. Environmental Protection Agency. Apple’s green transformation is slow but steady, starting with some renewable energy farms, a few hydroelectric projects and some use of geothermal power.

However, the shift toward renewable energy does not encompass production of gadgets like the iPhone, iPad, Macbook and more. It will take a while before the green technology can be used for such Apple gadget production, if at all.

Despite the potential roadblock, Apple’s current efforts are great enough to minimize the company’s environmental impact and outdo other company’s green efforts. This is just the beginning of a green technology and internet movement, but Apple hopes these steps can start a campaign to improve the world and inspire others to follow suit.

Watch Apple’s video on how they plan to minimize its negative environmental effects:

The Best Way to See Videos and Photos On the Go »