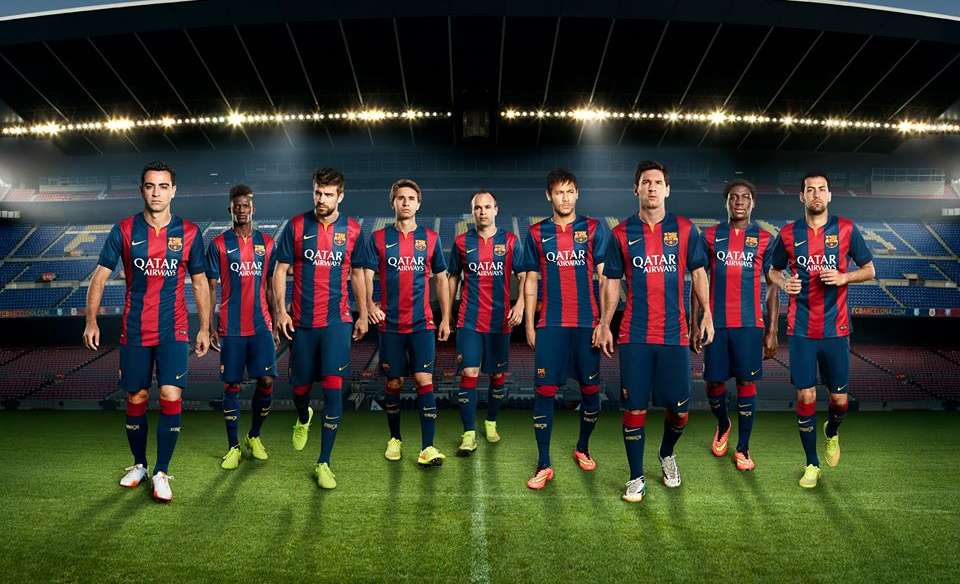 The 2014 World Cup tournament is well underway with exhilarating head-to-head matches and shocking team eliminations. And while the tournament unfolds you can’t forget about the billions of devoted fans across the globe supporting their teams, celebrating the wins and mourning the losses.

“Billions?” you ask. “Aren’t you exaggerating?”

Make that 3.5 billion fans, as reported by Mediabistro, which listed the 10 most popular soccer teams on Twitter, determined by the total number of followers. Here’s who made the cut and exactly how many Twitter followers each team have:

Futbol Club Barcelona, also known as Barcelona and to many as Barça, is a professional football club based in Barcelona, Catalonia, Spain. They are the most popular team on Twitter with 11,858,781 followers.

In second place with just under half a million fewer followers than Barcelona is Real Madrid Club de Fútbol. Based in Madrid, Spain, the club is commonly known as Real Madrid or simply as Real. It boasts 11,469,587 fans.

Based in the Holloway district of London, Arsenal Football Club is part of the English Premier League. Though nowhere near as popular on Twitter as Barcelona or Real Madrid, Arsenal still rates as the third most popular team with 3,928,549 followers.

Galatasaray Spor Kulübü is part of a larger Turkish sports club based in Istanbul’s European side. Though the club fields teams in international competitions ranging from wheelchair basketball to chess, it’s best known for its soccer team. With 3,822,544 followers, Galatasaray SK fills out the top five most popular soccer teams on Twitter.

Fenerbahçe Spor Kulübü, also referred to as Fenerbahçe or simply Fener, is also based in Istanbul, Turkey. It takes the sixth spot on the list with just over three million followers (3,161,903, to be exact).

Like Arsenal, but based in Liverpool, the Liverpool Football Club is also part of the English Premier League. With just under three million at 2,801,567 followers, Liverpool is the seventh most popular team on Twitter.

Another member of the English Premier League, Manchester United is based in Old Trafford, Greater Manchester. The team is number eight on the list with 2,594,542 Twitter followers.

Associazione Calcio Milan, also known as A.C. Milan or just as Milan, is a professional Italian football club based in Milan, Lombardy. Just breaching the two million mark, A.C. Milan ranks as the ninth most popular team with 2,000,995 followers.

Mexico’s national football team and governed by the Mexican Federation of Association Football (FMF), Selección de Fútbol de México plays at the international level, including in this year’s World Cup. With 1,920,022 followers, Selección Mexicana snags the last spot on the list as the tenth most popular soccer team on Twitter.