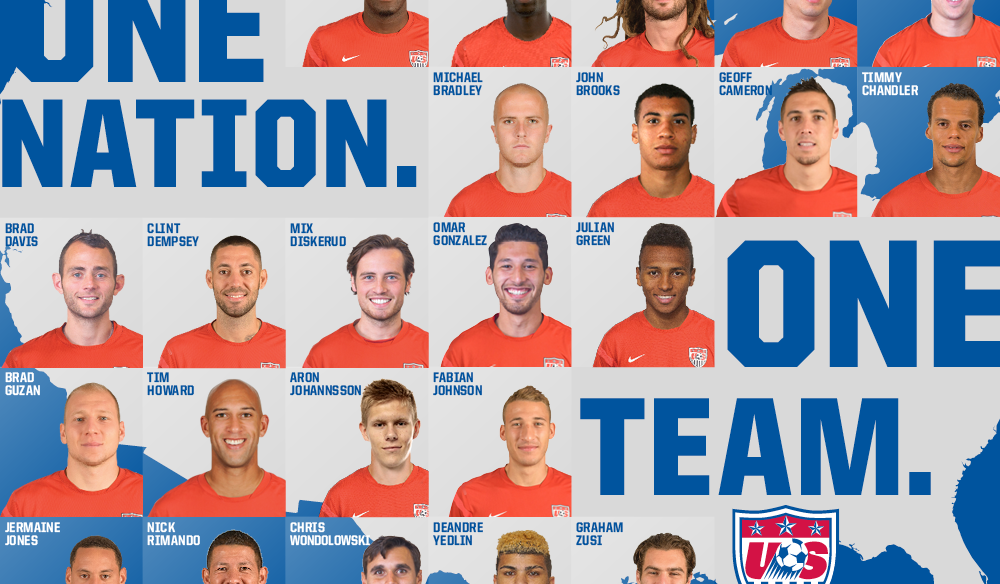 You can start by following The official hashtags for the 2014 World Cup: #WorldCup and #Brazil2014, and by following FIFA at @FifaWorldCup and @Fifacom. Next you can follow some of your favorite teams and players, as detailed below:

Among all the teams participating in the 2014 FIFA World Cup, the team of host country Brazil has the most Twitter followers at 1.41 million, trailed behind by Mexico. Colombia comes in third with 770,000 followers.

Find all of the World Cup teams on Twitter here.

Around the world Portugal’s Cristiano Ronaldo seems to be the most admired, with 26.5 million followers – more than the top six most-followed World Cup teams combined! Fast fact: Ronaldo’s Facebook page currently has the sixth-highest number of followers on the network. Brazil’s Neymar Júnior follows Ronaldo with 10.7 million followers, and England’s Wayne Rooney comes in third with 8.76 million followers.

Follow the World Cup players through the tournament here.

The top three most-followed members of the 2014 US team are forwards Jozy Altidore and Clint Dempsey with 633,000 and 338,000 respectively and midfielder Jermaine Jones with 172,000 followers.

Check out all the members of Team USA on Twitter here. Or find Coach Jürgen Klinsmann online, too!

The Most Talked-About World Cup Players

With the teams’ rosters ready, we have an idea which players will be starting the tournament games beginning next week. But if Twitter users could choose, which players would start?

Above is a starting squad comprised of players from around the world based on the players who were mentioned the most on Twitter, by position.

Which teams are you rooting for this World Cup?