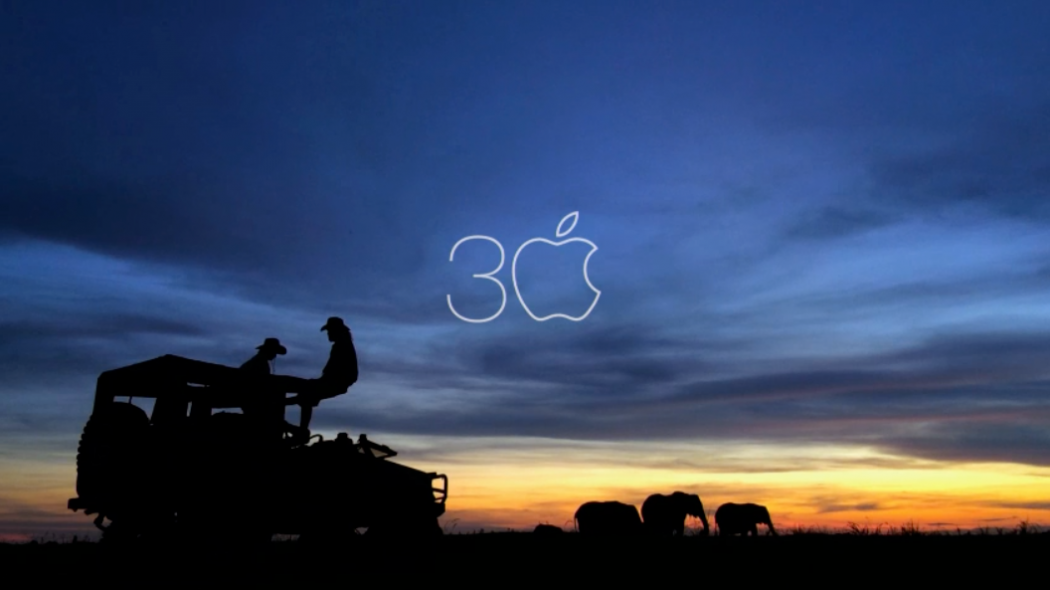 On January 24, 1984, Apple released a product that would change the way we thought about the personal computer. The original launch of the Macintosh was heralded by an intriguing ad during Super Bowl XVIII that embodies the same surprise factor Apple runs on today. Now, decades later, Apple celebrates Mac’s 30th anniversary not through an expensive Super Bowl ad spot, not through a commercial shot on fancy equipment, but in an online-release video shot entirely on iPhones in a single day.

To make the film, footage from 100 iPhones was beamed in real time to Apple’s control center in Los Angeles, where director Jake Scott remotely handled the filming (from an all-Mac control center, of course). Afterward the 70+ hours of resulting footage were quickly edited by Hollywood big-timer Angus Wall and his team of 21 editors. “Thanks to the power of the Mac and the innovations it has inspired,” Apple writes on its website, “an effort that normally takes months was accomplished in a matter of days.”

The Internet Is Changing the Face of Advertising

Besides being yet another chapter in the slightly melodramatic Apple ad playbook, 1.24.14 offers an interesting commentary on the state of advertising today, especially compared to the commercial that preceded it 30 years ago. With the internet, paying millions for flashy Super Bowl ad spots is no longer the ultimate advertising move. Sometimes, quietly releasing an ad over YouTube can cause the same amount of stir. As Ina Fried points out in Re/code, Apple rival Microsoft paid millions for a fourth quarter spot in a game that ended up being a washout, and Sonos, T-Mobile, GoDaddy and other tech firms likewise paid for ad spots in what ended up being a not very exciting Super Bowl. Sure, some brands can benefit from advertising during the Super Bowl – but it’s an expensive bet to make compared to releasing ads online only.

Check out Apple’s original Mac advert from 1984 below, and see how it compares to the 30th anniversary video.

« The Math Behind Social Networks [COMIC]