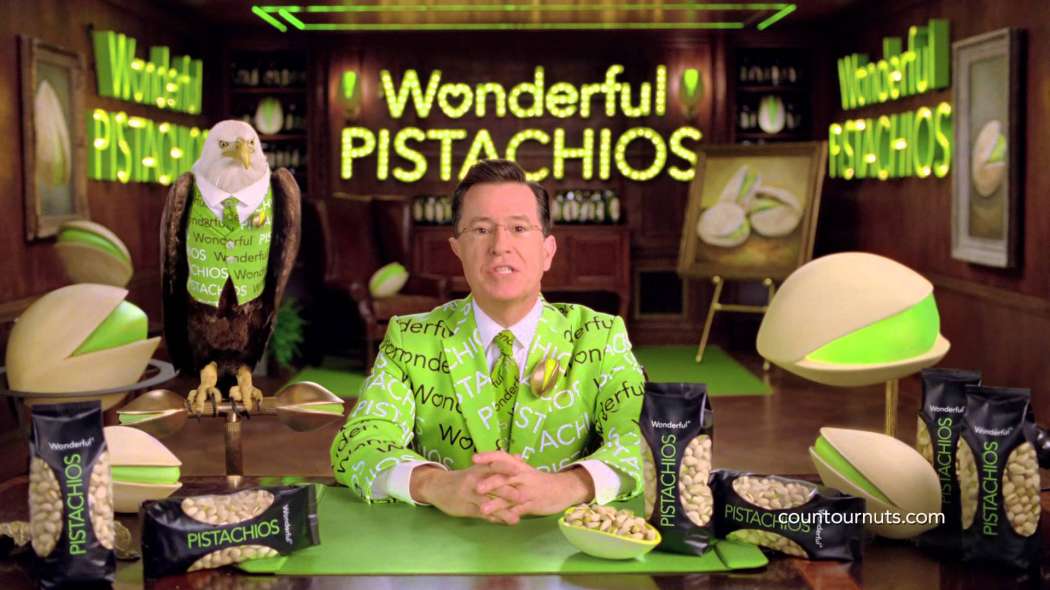 I knew we were in for some entertainment during last night’s Super Bowl when the referee intercepted hall-of-fame quarterback Joe Namath‘s coin toss to start the night. But if you weren’t too busy watching the Broncos get pounded by the Seahawks last night, you might have noticed there were some great commercials this year.

One of the most interesting spots this year was for GoDaddy, which is infamous for its sexist ads appealing to men. After realizing that more businesses and websites in America are being started by women, GoDaddy decided to make one for the ladies this year. Another scary but well made ad was by Squarespace that teased what being online is like these days and closed by saying, “We can’t change what the Web has become, but we can change what it will be.”

The best commercial of the night was for the wonderful Pistachios starring Stephen Colbert which started off slow but blew your mind by the time it was done. After an initial, uneventful ad spot, Colbert reappears in a green suit like the Joker, and a green pistachio-like Colbert alien later emerges. The advert also mentions the company is giving away $100,000 at CountOurNuts.com.

From the Donny Llama Bud Light commercial to a kid “Jumping” out of the stadium for Coca-Cola to Felix Baumgartner jumping off the edge of space for GoPro, these were the best ads from the 2014 Super Bowl:

And for the finale, Kia makes sure you never look at luxury the same again with a Morpheous cameo from the Matrix.

What was your favorite ad this year?

« What NFL Players Do After Retiring from the Game [INFOGRAPHIC]

The Math Behind Social Networks [COMIC] »