Luxi for All: the Small Smartphone Attachment that Can Help You Take Perfect Pictures 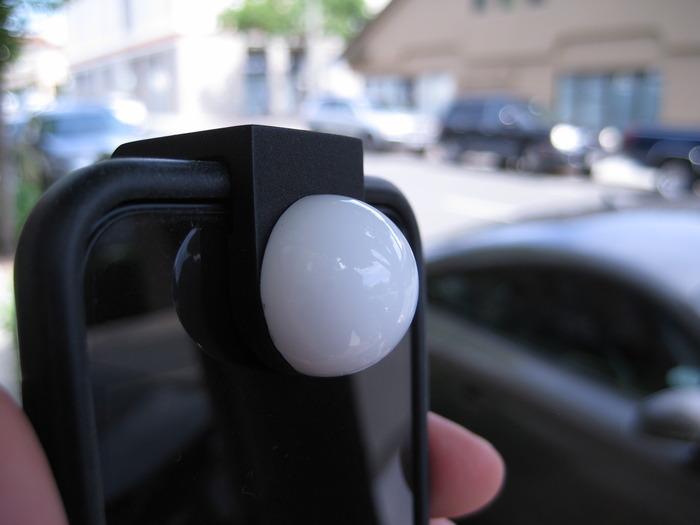 They say the best camera is the one you have with you. Does this go for light meters too? According to Palo Alto-based hardware developer James Flynn, absolutely. Flynn and his team have developed a light meter that attaches to any smartphone, iPod or tablet with a front-facing camera. The device, called Luxi for All, can help you take perfect pictures with your DLSR, no matter how quirky the lighting situation is.

Why Use a Special Light Meter?

Light meters measure the lighting of any image photographers compose and produce readings for the best camera settings (f-stop, shutter speed and ISO level) to shoot with. Most cameras are equipped with a light meter of their own, but these light meters don’t often provide readings for optimal photo-taking. That’s because cameras measure the light reflected from a subject, which can result in inaccurate measurements in difficult lighting situations such as sunsets.

Luxi for All is an incident light meter you can attach to the phone or tablet you carry around with you anyway, meaning you’ll always have an important piece of equipment on you without having to carry around anything extra.

Funding Luxi for All

Luxi for All is Flynn’s second-iteration light meter. While the original Luxi is available only for the iPhone, Luxi for All will be available for any device with a front-facing camera, including Android phones and tablets, the iPhone, iPod Touch and the iPad – even when those devices are in cases. Luxi’s current iOS app is being reworked for compatibility with the iPad and iPod Touch, and an Android version is currently in development as well.

If you’re interested in buying your own Luxi for All, you might want to considering purchasing it soon. The device is currently available as a reward for a pledge of $19 or more to its Kickstarter campaign, which ends July 19. Later Luxi for All will retail for $29.95.

To date the gadget has raised over $31,000 on Kickstarter, more than twice its original funding goal. Learn more about Luxi for All, or order your own, here.

« Are Hard Bundled Songs the Next Big Thing in Music?

11 Abstract Designs that Will Make You Rethink Paper »