Internet Rehab: A Behind the Scenes Look at the Dangers of Online Addiction 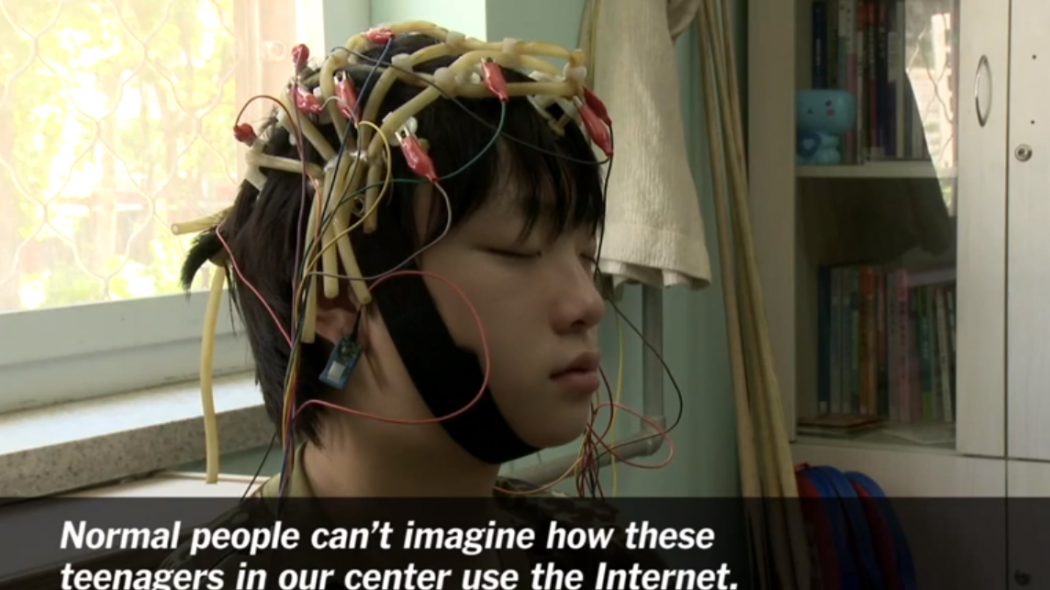 We often like to joke about our addiction to the internet, but when truly overdone, this habit can become a serious health issue. Take people in China for example, where some have been reported to forego sleeping for three consecutive days in order to continue playing video games at internet cafes. While we know playing video games can make you smarter, these benefits can only be realized in moderation and playing (or sitting around) too long can do serious damage to your health, especially your cardiovascular system. This is why China was the first country to label internet addiction a clinical disorder. Now hundreds of rehabilitation programs have sprung up throughout the country. Concerned parents have gone to great lengths to subdue their children with sleeping pills or other incentives to get them out of these cafes and into these clinics!

Once inside these rehab facilities, patients undergo treatments for up to several months that include medication, therapy and even intense military-like physical training. One of the problems, though, is that classifying internet addiction and evaluating the effectiveness of its treatments can be difficult.

Addiction specialist Tao Ran says, “Our study shows that people who spend more than six hours on the Internet for something other than work or study are most likely to become addicted to the Internet.” Tao also said that some kids are so addicted to playing that they’re too worried to leave their computers for even one second. Instead, they wear diapers to avoid any bathroom trips and gaming outages. So while you may think these bootcamp style rehab programs are a little extreme, the doctors running these facilities have serious health challenges to counter and have a good understanding of the root cause of this behavior. Often, parents are also encouraged to participate and learn other ways to talk with their kids beyond just “criticizing, accusing and blaming.”

Pleading with a group of parents, Tao says “You think these are the best ways to make them change, reflect and make progress? One of the biggest issues among these kids is loneliness… They play to the point of losing themselves.” Naturally these children look to the internet for companions. The trouble these days is that kids may know how to deal with people online much better than people in real life.

This problem is becoming a global epidemic, with digital detox centers starting to pop up all over the world, including the first inpatient treatment program for internet addiction in the U.S, which opened last year in Bradford, Pa.

Learn more about how China is fighting internet addiction by watching this short documentary by The New York Times:

Are you in need of a digital detox, or do you know someone who is?