Google Glass May Cause Headaches, But It’s Your Own Fault 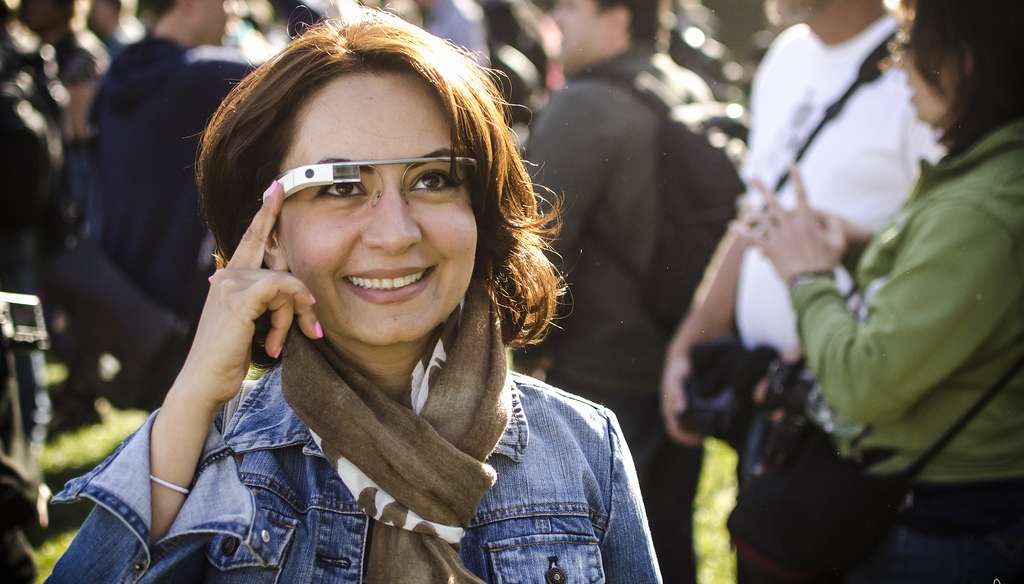 Warning: Google Glass may cause headaches. So if you’re looking to buy one of the nifty gadgets, you’ve been warned. What exactly causes the headaches? Google and the consulting Harvard optometrist believe it’s actually your fault because of how you’re using the device.

The issue arose when two writers at Betabeat tried Google Glass and experienced head pain, prompting them to approach Google. Google sent them to the consulting optometrist on the project Dr. Eli Peli, who informed them that headaches have been an issue from the beginning of Glass development. This is because the device displays information in one of the most uncomfortable places for people to look in their field of vision: the upper-righthand corner.

At first, Google tried for the two most comfortable spots in the human field of vision, straight ahead of the eye and below it. But when those failed to work, Google turned to the upper-righthand corner to display information. Humans only look at the left and right corners of their field of vision for seconds at a time, but Google Glass has made it so people look at that area for longer.

This causes tension, as Dr. Peli says, like when for moments at a time “[y]ou’re on one leg [or the other] as you walk, but try to stand on one leg for a long time and you’ll feel tension, because you’re not using it how it’s normally used…If you’re looking at the Glass for a minute, you’re holding it there for sixty times longer than normal.”

So if it’s Google’s design that causes this strain, the pain is the company’s fault, right? Not according to Google and Dr. Peli. They say it is actually the user’s fault, justifying it by saying that although the design causes tension, you are the one who is using the device incorrectly. Google Glass was designed for “micro-uses” like reading texts and checking directions, not for looking at the screen for long periods of time.

Dr. Peli and Google recognize that it’s hard not to play with your shiny, new gadget and attribute the pain, or as Dr. Peli describes it “a discomfort in the eye muscles,” to excessive and improper Glass use. According to the doctor, the pain should reside within a few days to a week and the best way to avoid the pain is proper use from the get-go.

Still, Google has no disclaimer attached to the product, warning of potential eye and head pain due to staring at the device for too long. Taking into account this generation’s obsession with technology and our ability to play with new gadgets for hours on end, a warning is the least Google can do for its Google Glass consumers.
Images from Google Glass