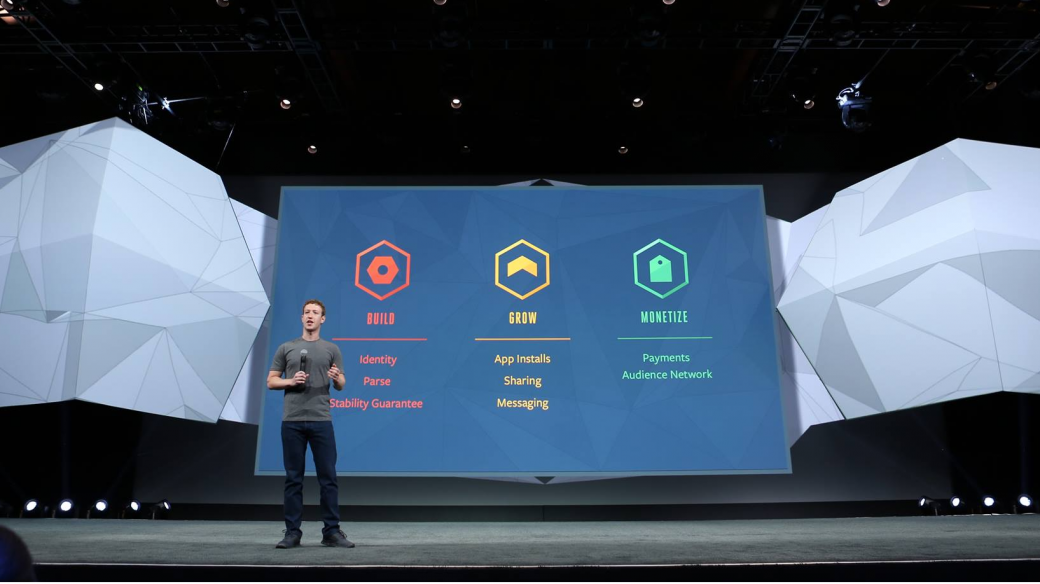 It’s been 3 years since the last time Facebook hosted the F8 Developer Conference and this year came with big announcements. At 1pm today, Mark Zuckerberg gave the keynote speech, introducing to the world Facebook’s latest developments and improvements:

The new Facebook login gives people more control over what personal information they share with apps by allowing users to edit the info they provide, including friend lists. There is also a new design for when apps request permission to post back to Facebook, giving users a choice as to what audience will see the posts.

Anonymous Login gives users a way to log into apps without sharing any Facebook information while still providing the apps with a Facebook identity verification. It maintains the cross-platform sync of a regular login by allowing users to log in anonymously on one device and stay logged in on other devices. Users can easily return to using full Facebook login, but this gives them an alternative login option. It also allows people to try and test apps more quickly and easily, without the requirement of creating a password or sharing personal information.

Audience network is the mobile ad network that allows advertisers to pick the right ads for their audience using Facebook’s targeting. It allows for Facebook ads to be displayed in the optimal format for your app, from standard ad units like banners and interstitials to native units you can customize. You’ll also be able to access the more than 1 billion Facebook advertisers looking to reach their customers in your mobile app.

The new Versioning and Graph API 2.0 includes better protection of people’s information, simpler ways to create and manage apps for testing, easier ways to build app experiences based on a person’s friend activity and tagged places, and enhanced interface building for tagging friends and inviting friends to use apps. Facebook also announced a two-year stability guarantee for Login, Sharing, Requests, SDKs and frequently used Graph API endpoints, where versions of these products up to two years old will still be supported.

Other developments Facebook announced involved its collaboration with AppLinks, an open, cross-platform means of linking apps to one another on a device and Parse, the mobile app creation site. Its improvements to Parse include cheaper pricing, easier ways to build apps that work without connectivity, and enhanced analytics to track user growth and retention.

What do you think of Facebook’s latest improvements?