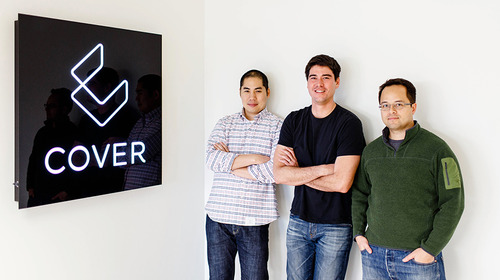 Looking to dive deeper into mobile, Twitter has acquired Android lock screen app Cover. The Cover team is moving to Twitter, and the app will remain available in the Google Play Store “for now.”

Cover is a lock screen app for Android that aims to make it as easy as possible for you to access the apps you need exactly when you need them. Using contextual information like location and time of day, it determines which apps should appear on your phone’s lock screen at any given time. Cover also provides a fast app preview feature as well as a convenient app switcher.

Cover is mum about what exactly its team will be working on at Twitter, suggesting only that Cover will remain available in the Play Store until it says otherwise; in the meantime, the team will focus its attention on its mysterious new work at the microblogging site. If the founders’ recent blog post is any indication, however, the Cover team aims to continue building products for Android: “Twitter, like Cover, believes in the incredible potential of Android,” the founders wrote. “They share our vision that smartphones can be a lot smarter — more useful and more contextual — and together we’re going to make that happen.”

Digger Deeper into the Mobile Space

Twitter isn’t the only tech giant trying to gain bigger ground in the mobile app space. At the turn of the new year Yahoo announced it acquired context-aware Android homescreen launcher Aviate. Similar to the way Cover uses your context to determine which apps are most relevant to you at the time, Aviate uses time of day, your Wi-Fi state and your GPS location to dynamically bring the most useful apps and information to your Android homescreen. For both Yahoo and Twitter, acquiring context-aware apps like Aviate and Cover can be a way to maintain a continuous presence on mobile, which is proving to be increasingly ripe for ad money. Twitter, after all, generates more ad revenue from mobile than it does from desktop. Its acquisition of Cover could be an attempt to build upon the business model in which it’s already found success.

via The Next Web