The Next Trend in Wearables: Smartgloves 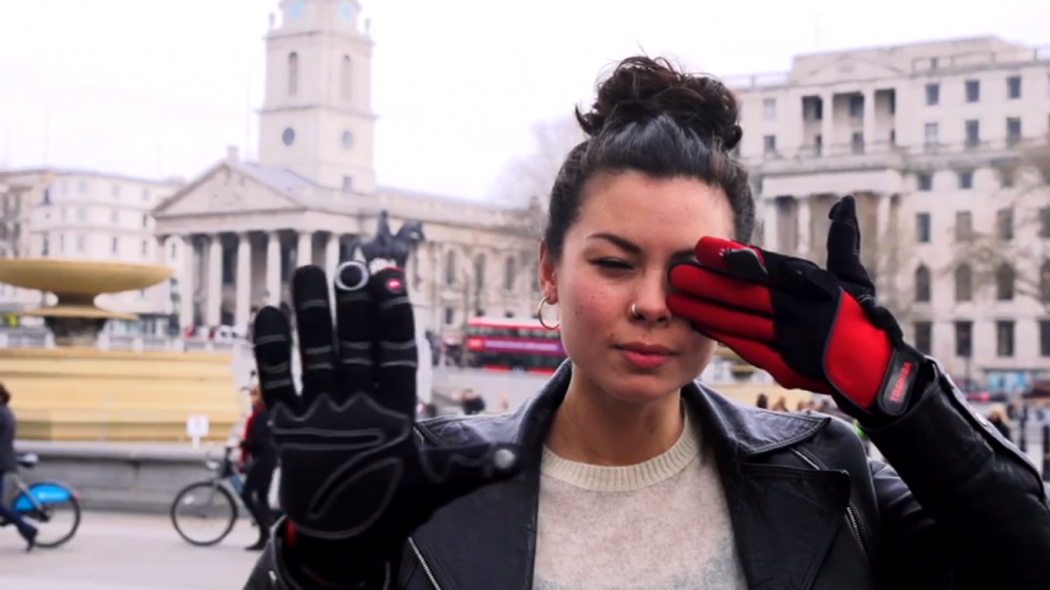 Forget Google Glass, smartwatches and fitness trackers: the next trend in wearable technology is smartgloves (for fools). A number of tech companies are onboard with the trend, including HTC, Samsung and Toshiba. Check out their “handy” new offerings below.

Designed to look like a hands-free smartphone case gone totally wrong, the HTC Gluuv lets you take your HTC One’s capabilities to the next level. Is opening the Facebook app to “Like” your favorite restaurant’s page too much work? That’s fine: with the HTC Gluuv, simply make a thumbs-up gesture the next time you visit the restaurant to Like the restaurant’s page. Or if you see a potential love interest passing on the street, simply swipe right to see if you’re compatible on Tinder.

The HTC Gluuv comes with special hardware, too. Use its built-in 87.2 megapixel camera to capture unforgettable (and quite large) photographs. Or, if you’re into music, make sure to take advantage of the HTC BoomBass, a 90’s-inspired boombox that connects to your phone to amplify your favorite music. Unlike boomboxes of the past, however, the BoomBass requires no bulky C batteries to pump up your jams: just carry the BoomBass on your shoulder, and the HTC Gluuv will keep it juiced.

Samsung announced its first smartglove today, the Samsung Fingers. Just 0.2-millimeter thick and weighing only 1 gram, the Samsung Fingers seems more stylish and easier to use than the HTC Gluuv. Though the Fingers’ 15-megapixel selfie camera doesn’t even compete with the Gluuv’s, the Fingers does sport some nifty features I can’t wait to get my hands on (or in?). For example when you’re too engrossed in conversation to be interrupted by a third party, simply hold up your hand in the direction of the third person’s face. The Talk to the Hand feature will record their message so you can view it later. Or, if you’re having trouble being heard, use the Fingers’ Voice Amp or Snap Amp technology to amplify the sounds you make. Don’t feel like taking out your phone? Not a problem. Simply use Fingers’ gestures to make, accept and reject calls, as seen in the diagrams below:

The Fingers’ Flatulence Auditory Reproduction feature is designed for both 10-year-olds thrilled by spontaneous flatulence and people who wish to be alone. To take advantage of this feature, simply choose a finger to use and, when that finger is pulled, the glove’s built-in speaker will produce a sound of flatulence.

The Toshiba Digit takes both style and utility to the next level. The fashionable red and black gloves look comfortable and durable and come stacked with features you won’t find in any other pair of smartgloves. Take the glove’s 4K Ultra HD Virtual Retinal Display, for example, which you activate merely by pressing your finger to your eye. Despite its sleek build, the Digit somehow manages to incorporate 64GB of solid state storage into the gloves themselves along with NFC technology and a battery with a 12-hour capacity. What’s more, the Digit’s built-in LED lamp, 32-megapixel camera and 4K Ultra HD video camera will let you capture all of life’s precious moments in stunning high definition.

What’s more, the Digit integrates seamlessly into your life by incorporating your daily gestures into your social media accounts. Just hold hands with your significant other, for example, to update your relationship status. Using the Digit you can also translate text, scan items when you point at them and buy things when you make a swipe motion using Digit’s contactless payments system.

I have to say that if it weren’t April Fool’s Day I’d totally spring for one of these pairs of smartgloves. While the Digit seems to offer the most social features, the Fingers seem to be the most technologically advanced (and I dig the 3-inch flexible UHD Super Emo-LED display). The Gluuv, on the other hand, seems like little more than an ad for the new HTC One.

Which smartglove would you buy?

« Social Media in the Workplace [INFOGRAPHIC]

This Edible Blob Could Solve the World’s Water Bottle Problem »