10 of the Rarest Animals on Earth Photographed 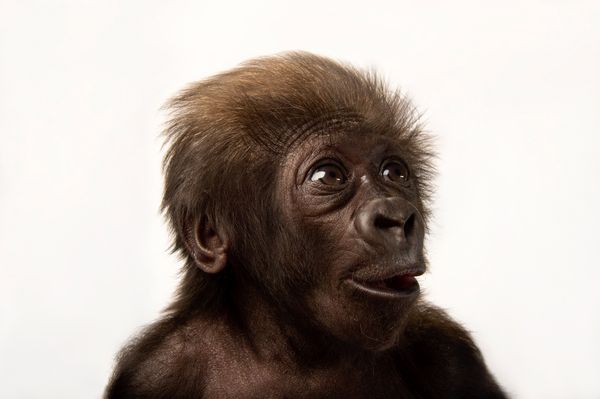 Thought you would never get to see some of the rarest and most elusive animals on this planet? Think again, because National Geographic has collected photographs of ten of them, giving us an extraordinary chance to see some very uncommon animals up close. The “Stunning Pictures: Ten of the Rarest Animals on Earth” series is part of National Geographics’ Last of the Last: Saving Earth’s rarest species campaign, where articles on rare, endangered and nearly extinct animals are featured. See the pictures of the ten rarest creatures and read accompanying facts about them, here:

Found in the Primorye region of Russia, Amur leopards are an extremely rare subspecies of leopards, critically endangered with only 14-20 adults and 5-6 cubs remaining. This Amur leopard is named Usi and lives in Nebraska’s Omaha Zoo.

The Sumatran rhinoceros is also critically endangered, with around 275 individuals remaining, due to poachers seeking the species’ horn. This Sumatran rhino is Harapan, a four years old at Florida’s White Oak Conservation Center.

The mountain pygmy possum is the only Australian mammal to live in alpine environments. Unfortunately, the population is decreasing due to the destruction and fragmentation of its habitat for construction and ski resorts.

The Philippine crocodile is being threatened by hunting, dangerous fishing methods and loss of habitat to cultivate rice. The crocodile in the photograph is small for its species, as males can grow to 10 feet.

Sumatran orangutans are tree-dwellers, which poses a problem for the apes as destruction of Sumatra’s forest continues. In the past 75 years, the population has plummeted by 80% with estimates of 7,300 left in the wild. This Sumatran orangutan is at the Gladys Porter Zoo in Brownsville, Texas.

The northern bald ibis resides in the Syrian desert near Palymra, where it was rediscovered in 2002 after suspected to be extinct. Hunting and habitat destruction are the main causes of this species’ population decline. The northern bald ibis photographed above resides at the Houston Zoo.

The black-eyed tree frog, native to Mexico and parts of South America, is threatened by destruction of its habitat and the infectious disease chytrid fungus. Scientists expect the species to diminish by more than 80% over the next decade. This black-eye tree frog can be found at the National Aquarium in Baltimore.

Located between Australia and New Zealand, Lord Howe Island houses these insects, which were thought to be extinct in 1920. Members of the species were rediscovered in 2001, 15 miles from the island. This particular stick insect lives at the Melbourne Zoo.

The white antelope is critically endangered with an estimated population of 300 found only in Niger, Africa. The species is in decline because of hunting, drought, and even tourism. This white antelope, also known as an addax, lives at the Gladys Porter Zoo with the Sumatran orangutan in Brownsville, Texas.

Meet the New Community Manager and Content Curator of DashBurst »