Microsoft CEO Steve Ballmer to Retire: Where is the Company Headed Next? 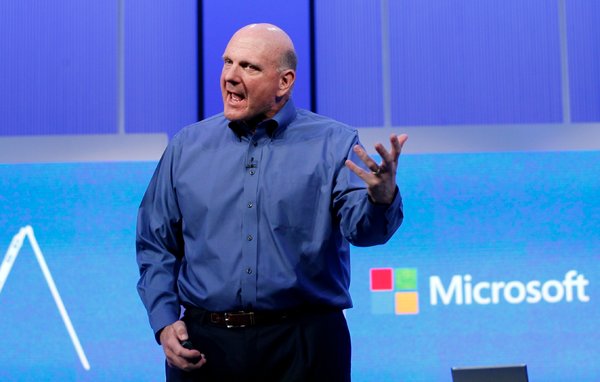 Today Microsoft has announced that Chief Executive Officer, Steve Ballmer, has decided to retire within the next 12 months, after finding a suitable new successor. Ballmer will continue to lead Microsoft as the CEO during this critical transformation into a company focused on devices and services as opposed to just software.

“There is never a perfect time for this type of transition, but now is the right time,” Ballmer said. “We have embarked on a new strategy with a new organization and we have an amazing Senior Leadership Team. My original thoughts on timing would have had my retirement happen in the middle of our company’s transformation to a devices and services company. We need a CEO who will be here longer term for this new direction.”

The Board of Directors has appointed a special committee to direct the process chaired by John Thompson. “The board is committed to the effective transformation of Microsoft to a successful devices and services company,” Thompson said. “As this work continues, we are focused on selecting a new CEO to work with the company’s senior leadership team to chart the company’s course and execute on it in a highly competitive industry.”

Microsoft was founded in 1975 by Bill Gates who had this to say about the transition:
“As a member of the succession planning committee, I’ll work closely with the other members of the board to identify a great new CEO. We’re fortunate to have Steve in his role until the new CEO assumes these duties.”

Some technology experts like Robert Scoble, who wrote this open letter to Microsoft’s board, believe the company should split into separate entities for enterprise and consumer.

Here is the letter by Robert Scoble, in its entirety from Google+:

A letter to Microsoft’s board

Now that Ballmer is leaving, this gives you a shot to really unleash Microsoft. Let’s be honest, Microsoft is like that super smart kid who is doing drugs and not living up to its potential. That has to change. Here’s what needs to be done:

It has something like a dozen billion-dollar businesses. That’s too much for one person to focus on. At least split it up into enterprise and consumer. Enterprise needs a far different leader than consumer does.

Because, as Larry Ellison said on Charlie Rose a week ago, enterprise sales cycles are hyper long. They won’t switch to the newest hotness immediately, so you need someone who can crunch along the products and keep them relevant and interesting long term.

Consumer tech, though, is far more faddish. Heck, back when I worked at Microsoft did I see the iPhone coming? No way. Apple had never built a phone. But when it did it pushed the market way ahead and did it with style. Something that Microsoft struggles with (except for the Xbox team, which is a hint — you gotta get Microsoft into two pieces).

2. Get someone who loves the future.

A CEO shouldn’t just need to be a builder (someone like who Shervin Pishevar just suggested — Andy Sacks, Hadi Partovi, Aaron Levie, Marissa Mayer, etc) but also needs to stand up in front of the world and get everyone to believe.

Ballmer NEVER did that for me. ScottGu? Maybe. David Sacks? Yeah. Jack Dorsey? Yeah. But needs to be someone who understands contextual systems (mobile, local, social, sensors, wearables). At least for the consumer side of the fence. That’s where the future is going (not just devices and services — you guys have the tone ALL wrong there).

If I ran Microsoft I’d really rethink Microsoft’s R&D. It still is too slow for the cool stuff to get out of R&D and into products. Needs to be faster. It might piss off a lot of people who think that Microsoft R&D is just like college where you get rewarded by writing papers, etc. That attitude needs to go, but needs to go under someone who LOVES the future. Lots of people there love building things, not just doing academic research. Rebuild a new kind of R&D around those people, particularly ones who get contextual systems (mobile, local, social, sensors, big data, wearables).

3. The consumer side of Microsoft needs to rebuild. Xbox One is not looking healthy. It’s too expensive in a world where a family is going to have to decide to spend its $500 gadget budget on either a new tablet, a new phone, or a new gaming console. In too many homes the gaming console will lose this fall to the other choices.

Unfortunately Microsoft’s mobile program is in shambles with around 4% market share. I don’t see what Microsoft can do about that at the moment. This CEO search will take months, and in those months Microsoft will continue falling behind and now employees are distracted by wondering who their new boss will be.

You need to skate to where the puck will be in 2015 to 2020: services that can assist us, or be highly personalized, will be a big deal. Already are, really. I won’t buy another device without Google Now on it. That shows you where you are weak: you don’t know anything about me and can’t build services to compete with Google Now (which is getting better and better everyday).

Good luck, because down in Silicon Valley Google and Facebook are locked in a war over contextual systems (we used to call them social networks, but it’s a lot bigger than that). That excites developers and marketers and the press. You need to figure out who will get you involved in that war. Right now you aren’t and that’s a shame for a company that has so many resources and so many great customers around the world (including my employer who is a partner with you on servicing Exchange, Sharepoint, and other Microsoft technologies).

I hope your next CEO will be someone who loves the future.

Interestingly, Microsoft shares are up over 7% in trading today after word of Ballmer’s retirement broke out. Are investors ready for a new era of Microsoft products? Below you can see a video of some of Steve’s greatest highlights as CEO though, including a few of his more animated moments!

Do you think Microsoft should split the company up to give its individual products more autonomy and space to shine? Who do you think should be the next CEO of Microsoft?

« What’s Behind the Social Media Mind of Anthony Weiner?