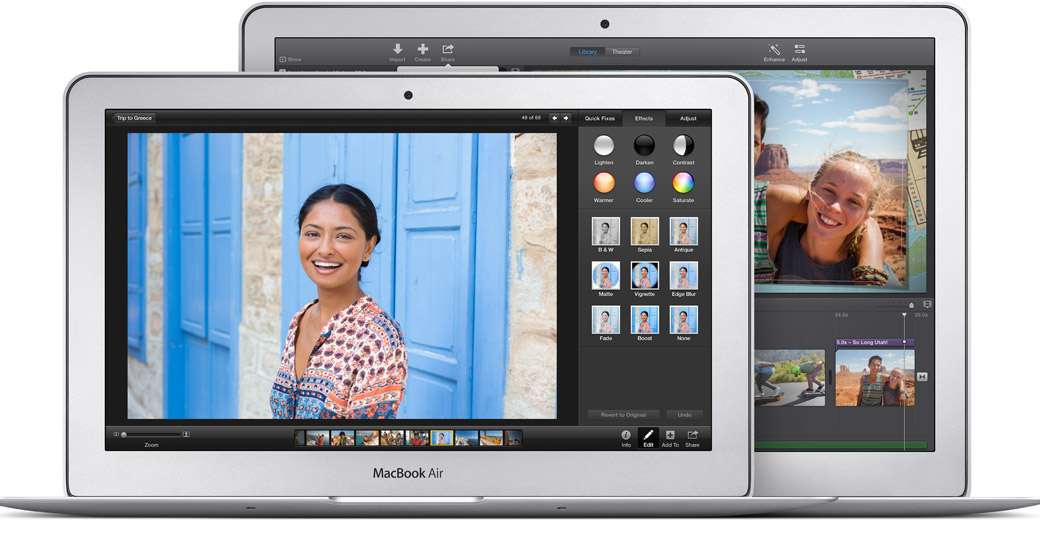 If you’re due for a new laptop, today’s news could make you very happy. On the other hand, if you recently bought a MacBook Air, you have reason to be fairly pissed. Apple announced today a simultaneous upgrade and price cut for its entire MacBook Air line of thin laptops, making its cheapest offering now start at $899.

The MacBook Air’s new fourth generation Intel Core i5 and Core i7 processors bring a 100MHz speed boost and up to 12 hours of iTunes movie playback to the 13-inch model and nine hours to the 11-inch model, a two-hour upgrade over the previous models.

What do you think of the MacBook Air?

« What Happens When You Use an Oculus Rift to Simulate Internet Lag in Real Life? [VIDEO]