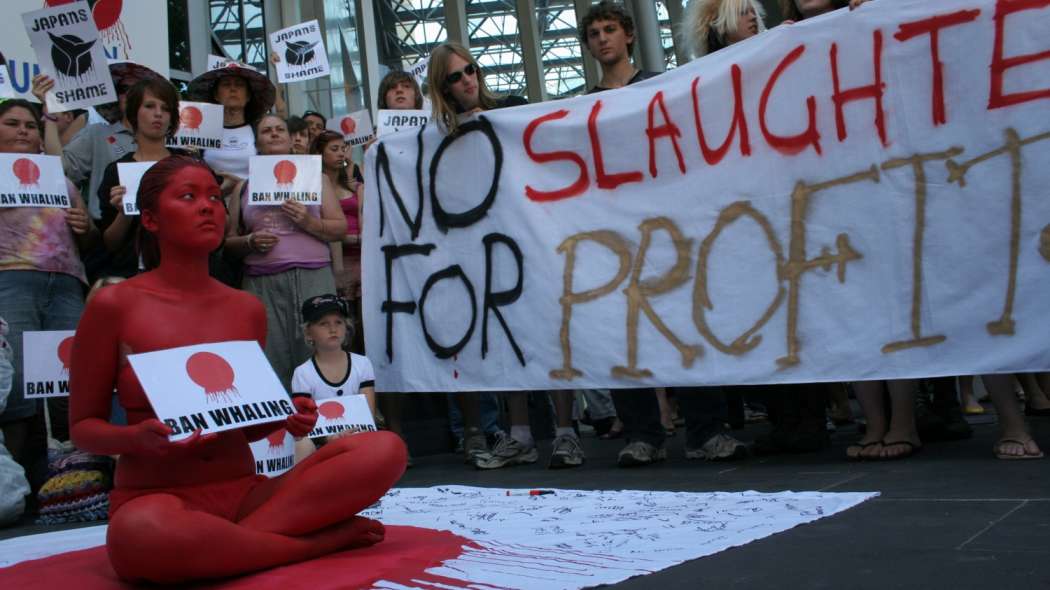 In a court ruling today, the United Nation’s International Court of Justice ordered the Japanese government to stop its whaling program in Antarctica. The Court agreed with Australia that Japan’s current whaling program was not for scientific research as claimed by Japan.

The Court’s ban, decided by a 12 to four vote, is legally binding, and Japan must revoke its whaling licenses in Antarctica and not issue any new permits. Japan agreed to the order, but it “regrets and is deeply disappointed by the decision.”

A Cover-Up for Commercial Whaling

Australia argued that Japan was using “scientific research” as a cover-up for commercial whaling, which Australia and other countries believe counteracts conservation efforts. Japan retaliated, saying that Australia was attempting to impose its cultural norms on Japan and pointing out that the minke whales slaughtered as part of its program are plentiful and that its whaling practices are sustainable.

Since beginning its current whaling program in 2005, Japan has killed around 3,600 minke whales without generating much scientific research. The whale meat is sold throughout Japan.

Japan signed a whaling moratorium in 1986, just after a ban on commercial whaling went into effect, but continued whaling in the Pacific under provisions that allowed for whaling for scientific research.

Image by Takver
via BBC News