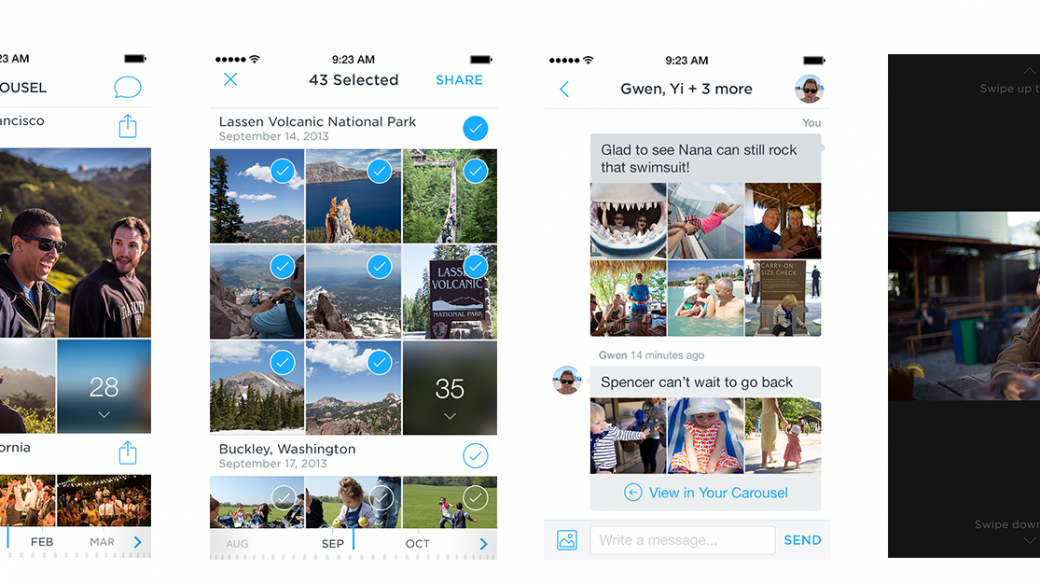 Dropbox made a ton of announcements recently, including the launch of Mailbox for Android, added features to Dropbox for Business and the debut of a new gallery app. But perhaps the most unexpected news from the cloud storage company is that former secretary of state Dr. Condoleezza Rice has joined the company’s board of directors. But more on that later – first let’s go over Dropbox’s new features.

Mailbox has long been one of the most (if not the most) popular email app for iOS. Aiming to allow users to reach “Inbox zero,” the app provides a number of intelligent features like snooze buttons and easy swipe actions for archiving and deleting messages.

Dropbox acquired Orchestra, Mailbox’s parent company, and all its employees in March 2013 in order to apply the app’s technology to its own services. In spite of this, Mailbox still received “thousands” of requests for an Android app, and today the team has come through for its fans.

Besides launching on the Google Play store, though, Mailbox has added a new feature that all users can take advantage of. Auto-swipe intelligently handles email messages in the way it things you’d like them to be handled. For example it can automatically mute threads that don’t interest you, snooze messages from friends until after work and route receipts to a specified list. If you use Mailbox across multiple accounts and devices, the app will sync your preferences to Dropbox.

Photo galleries have been available on Dropbox for some time, but it requires a bit of digging around to find the viewing option, and they weren’t so handy on mobile. To make photos as easy to access, view and share as possible on mobile, Dropbox has launched a separate gallery app called Carousel.

Carousel is designed to replace your phone’s native photo viewer as well as picture messages. It incorporates your Dropbox photos into photos that live on your mobile device and sorts them into events. It also will automatically back up all the photos you take on your device. The app provides an easy way to share and save photos between contacts and, with the app’s private conversations feature, you should never have to send a photo by MMS again. “With Carousel, you can share hundreds of photos in the same amount of time it’d take to send just one by text,” wrote Ramesh Balakrishnan, Dropbox’s photos engineer lead, and product manager Chris Lee.

Last month we announced that Dropbox would soon allow users to toggle between business and personal accounts. Dropbox has made that feature available for all users, so accessing all your Dropbox files, regardless of where they’re saved, should be a snap.

Besides this great news, Dropbox also announced that a new feature called Project Harmony should be making its way to Dropbox for Business soon. The tool will allow team members to more easily collaborate over files by displaying the name of the person editing a file at any given time, providing a chat area for collaborators and keeping file versions in sync. Above you can see a sneak peak of the feature released by Dropbox.

Along with these huge updates, Dropbox announced three new members to its leadership team. Longtime Dropbox employee Sujay Jaswa has been promoted to be CFO, and former President of the Americas and CEO of Motorola Mobility at Google Dennis Woodside is joining the company as COO.

Finally, and most surprisingly, Dropbox announced that Dr. Condoleezza Rice is joining its board of directors. According to the company, the political scientist and former diplomat will help the company expand globally. “When looking to grow our board, we sought out a leader who could help us expand our global footprint,” said Dropbox Founder and CEO Drew Houston. “We’re honored to be adding someone as brilliant and accomplished as Dr. Rice to our team.” Rice previously served as national security advisor during President George W. Bush’s first term, and became the first female African-American secretary of state during Bush’s second term. Let’s hope, though, that Condi’s former ties to national security don’t lead Dropbox into becoming part of another covert governmental spying program.

Will you use any of these new Dropbox features?