Bad on the Big Screen: 6 Criminals That Made a Movie a Blockbuster 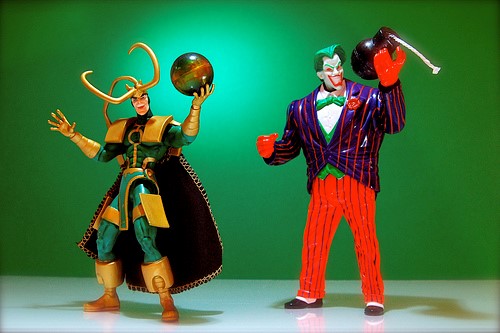 While we all aspire to be the heroes portrayed in blockbuster movies, no hero can pass muster without first facing off against an equally great villain. In recent years, there have been many villains who have left a memorable impression on movie fanatics. Here are six of the best:

Tom Hiddleston is one of few actors who could do Loki justice. The mischievous brother of Thor causes chaos throughout the film, leading up to the release of the alien Chitauri to attack Earth. With the use of his cunning and power, Loki will be remembered for many great battle scenes, especially his futile (yet comedic) attempt at insulting The Hulk.

Villains throughout the history of the Batman franchise have proven to be adept at a wide variety of damaging abilities. Bane may not have the twisted psyche of the Joker, but he was one of the most menacing villains the Dark Knight has faced on the big screen. A few moviegoers may sympathize with Bane, but most of the time, as an intimidating giant trying to exact his master plan, he simply leaves audiences feeling horrified.

Who doesn’t love a nearly indestructible Russian assassin? Mother Russia is more than an extremely strong and battle-ready giant, she also has a sharp mind to devise battle plans on the go. Taking down multiple police cruisers with your bare hands is nothing to scoff at. If there wasn’t an extremely talented little girl to bring her down, who knows if she’d have been stopped.

4. Chester V (Cloudy with a Chance of Meatballs 2)

Chester V, a genius innovator, plans to steal Flint’s amazing invention and use it for his own gain. Unlike with most villains, his intentions aren’t obvious to our hero for most of the film. Chester V’s actions throughout the futuristic movie allow for the development of many central characters in a fun, fast-paced race to save the world.

5. Danny McBride (This is the End)

While most villains are remembered for their dastardly antics and revenge plans, Danny McBride is a hilarious villain in this apocalyptic comedy. Essentially the worst person to be with during an apocalypse, he makes you examine how you would treat a friend who is a liability if you wound up together in dire straits. He reminds us that villains aren’t always evil, they just sometimes lack common sense.

To fully unleash the genius and power of Iron Man, there needed to be a great enemy. That enemy turned out to be The Mandarin. He comes closest to killing Tony Stark and is only brought down after a truly epic war of technology.

While being a super hero isn’t exactly a viable career option, real life criminals and killers exist all around us. If you want to try and stop them, study criminal behavior and consider a career in criminal justice so that a person like yourself takes up the cause of justice as a police officer or human rights defender, you could one day see yourself as a true life super hero. And, of course, anyone can wear a cape and mask at home!

Ben Brilliant
Mother Russia all the way :)
Reply 52 years ago