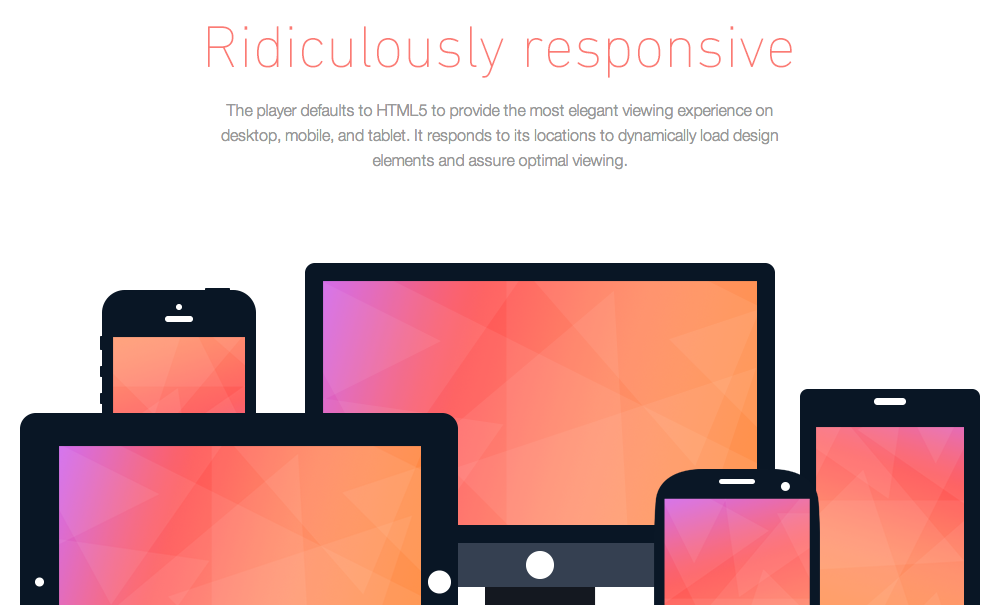 Do you watch a lot of videos on Vimeo? If so, you’ll be thrilled by today’s news. To prepare its streaming service for the future, Vimeo has released its new HTML5-based video player. The new player loads twice as fast as the old one, and videos begin playing in half the time according to The Next Web!

Over a year ago the company started rebuilding its player, a huge undertaking. “It was like doing open heart surgery,” Vimeo President Dae Mellencamp told The Next Web. Though Vimeo has rolled out the new player to many users over the past months, today is the first time it is available universally.

By defaulting to HTML5 and making minimal use of Flash, the new Vimeo player can respond to different device types and screen sizes to create the ideal viewing experiences on desktop, phones and tablets.

In addition to making its videos playable from anywhere, Vimeo is placing greater emphasis on profitability by integrating its On Demand service into the player. Now you can purchase On Demand pieces like Sriracha directly through the player, whether you are watching on Vimeo.com or an embedded video on Facebook. Vimeo also says a Tip Jar feature is coming soon, which will allow users to send small cash payments to video creators.

Also new to Vimeo are closed captioning and translated subtitles that users can manually add to their videos. The new player also fully complies to Web Content Accessibility Guidelines 2.0 AA, meaning the player will perform well with screen readers and voiceover software.

Other, not so noticeable changes to the Vimeo player include improved sharing options, which give users one single place to share a video through email, embed codes or social media. The Vimeo player will also pause automatically when a user begins watching a different video in a new tab, according The Next Web.

Have you used the faster Vimeo player yet?

« How to Beat Every Game You Bought This Year [COMIC]