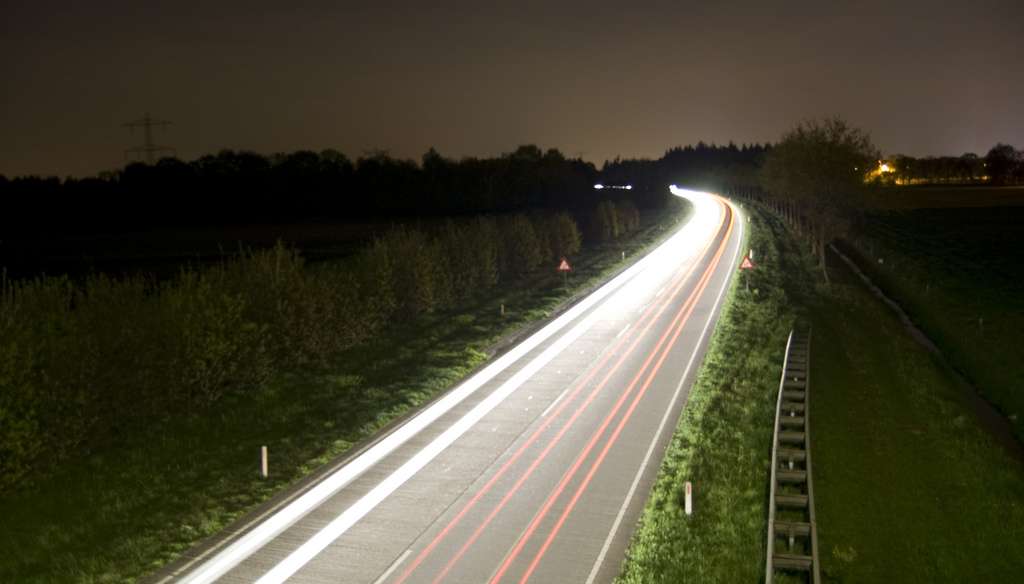 If you think anything glow-in-the-dark is pretty cool, it might be time for you to take a trip to The Netherlands. There, you’ll find a half-kilometer strip of road with luminescent markings that glow green at night.

Using a photoluminescent paint, the glow-in-the-dark road markings charge during the day, enabling them to light up at night. The strip of glowing road can be found in Oss along a part of the N329 highway.

Dutch road construction company Studio Roosegaarde and Heijmans, which run the project, are hoping to ultimately add elements for weather, like allowing for images of snowdrops to appear once the road reaches a certain temperature.

The overall goal of the glow-in-the-dark street markings is to save energy by replacing streetlights. Other ideas from Studio Roosegaarde and Heijmans for energy-efficient traffic infrastructure include street lamps that light up only when vehicles approach, lamps powered by wind from passing vehicles and “induction priority lanes” that charge electric cars while on the road.

Featured Image by cmegens
via NPR