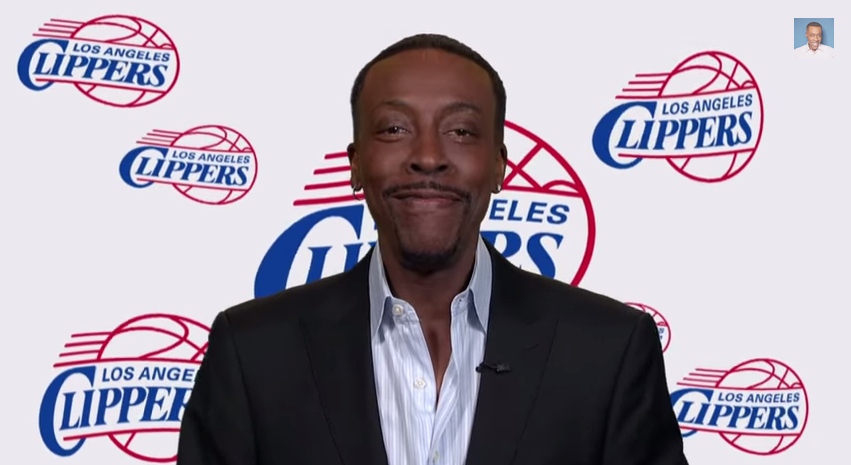 The NBA has ordered Donald Sterling to sell the L.A. Clippers over the basketball team owner’s recent racist comments. Now Arsenio Hall wants to buy the team. The problem is, the actor/comedian doesn’t have $1 billion. Not yet, at least.

On yesterday’s Arsenio Hall Show, Arsenio announced his intention to buy the L.A. Clippers and launched a rather unrealistic IndieGoGo campaign to crowdfund the purchase.

“NOTHING WOULD MAKE DONALD STERLING MORE ANGRY THAN IF I OWNED THE TEAM!” Arsenio writes, and the entire campaign is one big dig at Donald Sterling, who would certainly bristle at the idea of a Black man purchasing the team he owned and nurtured for 33 years. Arsenio goes on:

Let’s take back the Clippers, or at the very least help make the world a better place, and really make a racist mad in the process.

Arsenio has stated on his IndieGoGo campaign page that, if he falls short of his goal, he will donate whatever money he does raise to the civil rights organization NAACP.

So it looks as though Arsenio will be able to get back at Sterling, if not by buying the Clippers, then by donating money to an organization Sterling would never support.

Watch Arsenio Hall’s IndieGoGo campaign video and his informational video on his pursuit of the Clippers and #Clipgogo:

« Welcome to the English Language, “Selfie,” “Hashtag,” “Catfish” and More

17 Funny Movie Posters that are Literal Representations of the Titles »