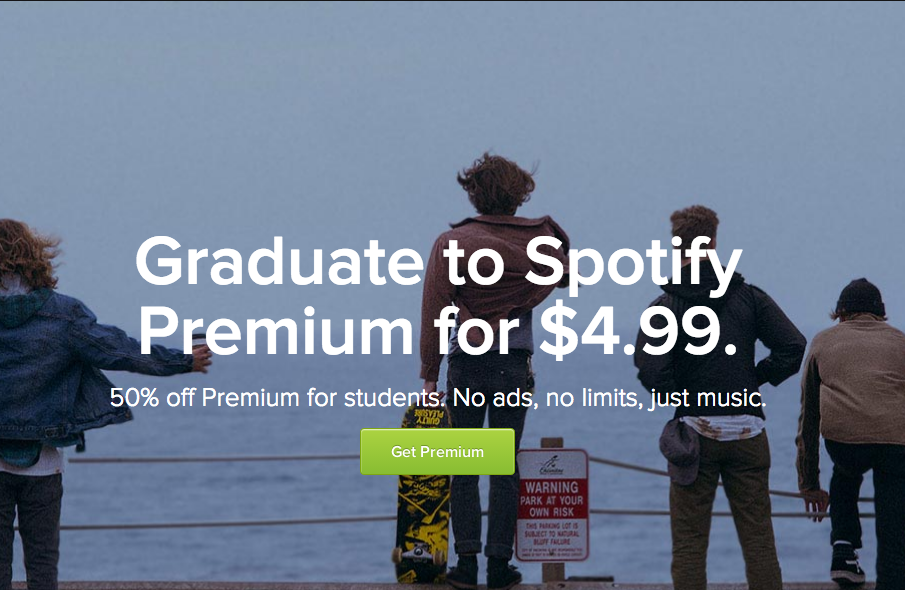 Spotify has become one of the most successful music streaming services in the world, challenging other streaming platforms like Pandora to continue to innovate and offer users the most value. Just like those other music players, though, Spotify has its advantages and disadvantages and it needs to be able to compete with other services, especially in terms of pricing. To encourage more people to convert to paid Spotify customers, the service announced a new promotion for college students today.

Spotify now offers a 50% discount to U.S. college students who want to upgrade to Spotify Premium, bringing the price of a paid Spotify account down to $4.99 a month.

iTunes Radio recently beat out Spotify as the third-most popular music streaming app in the U.S. with only 6% of Americans listening to Spotify in the last month. While Spotify still leads in on-demand music streaming, the service has taken a hit this past month and is now stepping up its game with this student discount.

This is not Spotify’s first attempt at engaging and retaining users: in January Spotify removed its former time limit on music playback, giving people the opportunity to listen to ad-supported music on all of their devices.