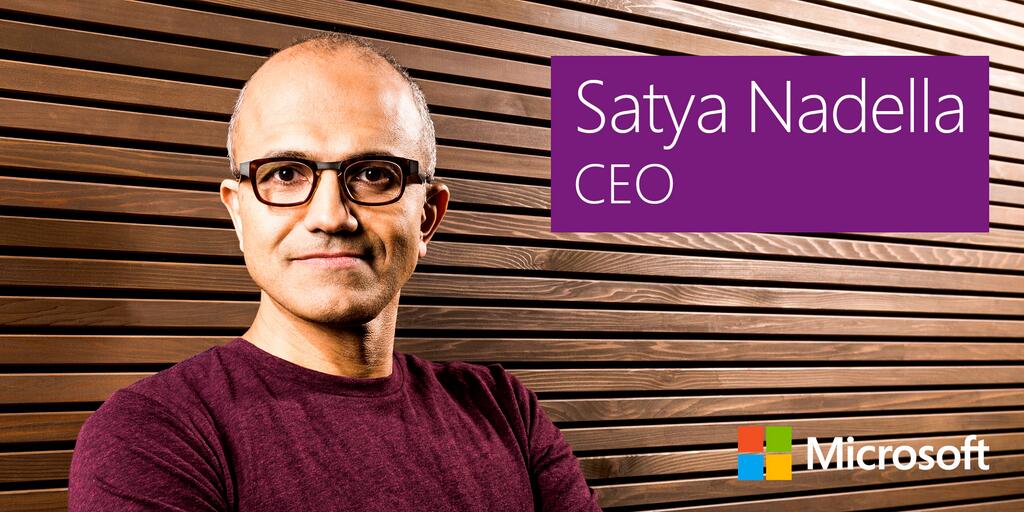 Times are changing for Microsoft, big time. Microsoft has officially selected Satya Nadella to replace Steve Ballmer as its next CEO and removed Bill Gates from the chairman position, as expected.

Nadella has been part of Microsoft since 1992, serving as the former executive vice president of Microsoft’s Cloud and Enterprise group. Given Nadella’s background in cloud storage, it’s believed that Microsoft’s new CEO will steer the company toward big innovations in cloud computing. “Make no mistake, we are headed for greater places — as technology evolves and we evolve with and ahead of it,” Nadella wrote in his first letter as CEO to Microsoft employees. “Our job is to ensure that Microsoft thrives in a mobile and cloud-first world.”

With an insider taking over as CEO, it’s believed that Microsoft’s best strategy is to elect an outsider as new chairman to the Board. This is why Microsoft co-founder Bill Gates is taking on a new role as “technology advisor,” which is supposed to provide him a more active role in the company. Longtime Symantec CEO John Thompson is taking over the chairman position.

Seven of Microsoft’s 10 board members are now independent of Microsoft, which meets the company’s guidelines requiring a “substantial majority” be independent, according to TechCrunch. The new board is made up of Thompson; Nadella; Ballmer; Gates; Dina Dublon, former CFO of JPMorgan Chase; Maria M. Klawe, President of Harvey Mudd College; Stephen J. Luczo, Chairman and CEO of Seagate Technology PLC; David F. Marquardt, General Partner at August Capital; Charles H. Noski, former Vice Chairman of Bank of America Corp; and Dr. Helmut Panke, former Chairman of the Board of Management at BMW Bayerische Motoren Werke AG.

Learn more about Nadella in this awkwardly endearing interview published by Microsoft this morning:

What do you think Nadella will help Microsoft accomplish?

« Mix Spotify and iTunes Music With Pacemaker for iPad

Can Online Artists Get Some Credit Maybe? »