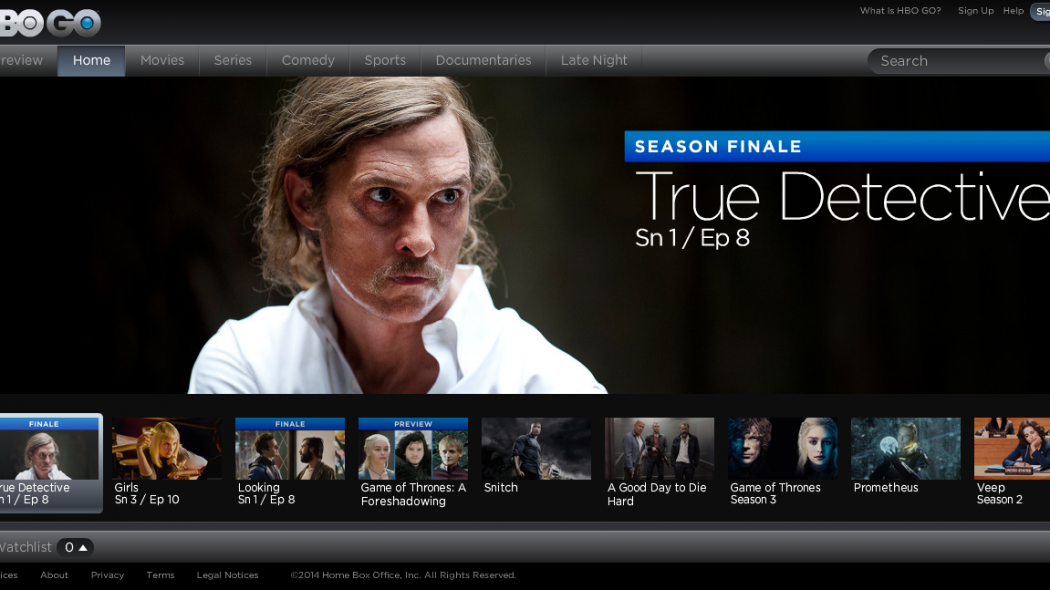 As True Detectives fans flocked to HBO Go last night to live stream the finale of the crime drama, they soon found their hopes thwarted. With so many people trying to access True Detective at the same time, HBO Go was overloaded with requests and crashed. Instead of seeing Matthew McConaughey playing detective, HBO Go users saw only a spinning circle on a black screen.

HBO Go reported the service disruption on Twitter about 50 minutes after the finale started airing:

Due to overwhelmingly popular demand for #TrueDetective, we've been made aware of an issue affecting some users. Please try again soon.

"Mom, did you change the HBO Go password?" -Hundreds of thousands of people right now

On the plus side, the HBO go outage is helping family togetherness, as people all over call their parents to see if they changed a password

What if #hbogo is just secretly trying to smoke out everyone using their parents' account? #TrueDetectiveFinale

Man, so many HBO GO subscribers tonight are totally going to cancel the subscriptions they don't have.

Despite what these jokes say, HBO does not crack down on account sharing. CEO Richard Plepler recently told BuzzFeed that rather than viewing account sharing as a loss of business, he views it as a business opportunity, a “terrific marketing vehicle for the next generation of viewers.”

Wall Street Journal reporters were able to access HBO Go again after being locked out of their accounts for two hours.

Were you able to watch the True Detective finale last night?