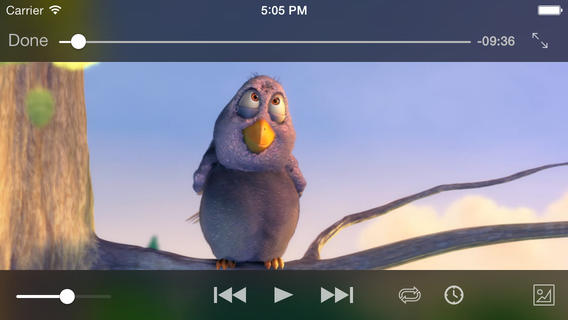 Do you often play movies, TV shows or music on your iPhone or iPad? If so, you might want to start using the free and open source VLC player (if you’re not already). Besides providing a highly functional and sleek interface for all your media player needs, VLC released a few useful updates today that could make it your new go-to media player.

Among the new features added in VLC version 2.2.0 are:

Previous versions of VLC for iOS allowed users to connect to their Dropbox account and read and download Dropbox files. Version 2.2 allows users to stream Dropbox content without downloading it first, extremely helpful for those with limited space on their iPhone or iPad. Version 2.2 also brings Google Drive integration to iOS, but VLC it does not support file streaming from Drive at this time.

Now controlling media playback on your iOS device will be easier than ever with multitouch gestures in VLC.

Tap the screen anywhere with two fingers to pause or play the current media. Pinch to end the current playback session and close the media.

Swipe to the left and right to skip forward or backward.

VLC is great for those seeking a flexible media player with options for subtitles and captions, aspect ratio variations, background audio playback and more. Now with gesture controls and Dropbox streaming, I’d say VLC is the ultimate media player for iOS.

via The Next Web

What Do You Get When You Set a Drone and a GoPro over the Banzai Pipeline? One of the Most Amazing Surf Videos Ever »