Twictionary: Use Twitter to Vote for the Next Collins Dictionary Word 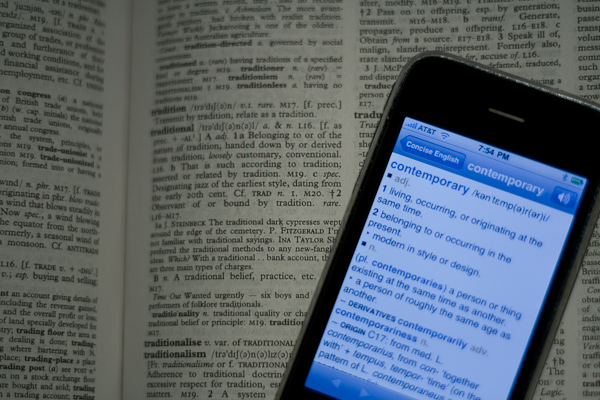 Every year dictionaries are forced to include newly formed words that were created to describe new technologies and internet functions of the digital age. Last year, words like “tweet” and “selfie” were added to the Oxford English Dictionary and Oxford Dictionaries Online edition, respectively. This year Collins Dictionary wants you to vote for the word you think should be included in the latest Collins edition. And what better way to vote then via Twitter?

#Twictionary is Collins’ campaign to involve internet users in the process of adding words to the dictionary. Using the hashtag, you can vote on Twitter for what word you think deserves a shiny new spot in the dictionary.

There are nine total words in the running including “adorkable,” meaning dorky in an adorable way; “duckface,” the traditional ‘pouting’ facial expression in selfies; “vaguebooking,” the act of posting deliberately vague status updates on social media to prompt a response; and “no-makeup selfie,” which is a selfie of a woman without make-up, posted online to raise awareness for a charity.

If you have strong opinions or any desire to be part of the voting process at all, it’s time to get on Twitter and vote for your favorite words with #Twictionary. Voting is only open until May 28!

Featured image by Julian Bucknall
via The Next Web

Adidas’ New App Will Customize Your Shoes With Your Instagram Photos »