This Artist Turns Trash Into Art By Creating Funny Monsters 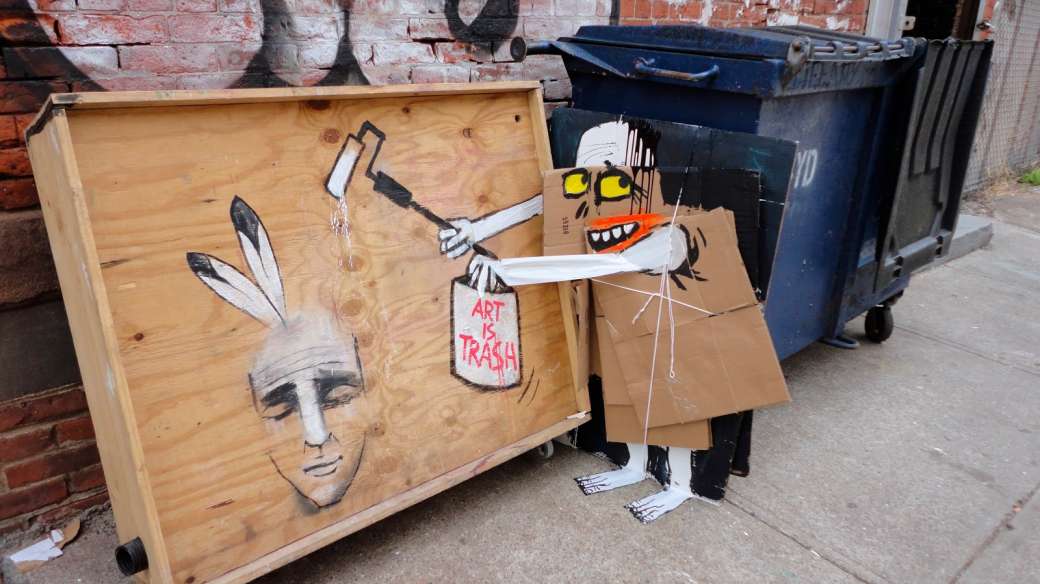 The trash you leave on the side of the road could be the next great piece of art. Of course, Spanish street-artist Francisco de Pájaro would have to get to it before the garbage men.

For his humorous series Art is Tra$h, de Pájaro works on site with full trash bags, discarded boxes, furniture and even televisions. In his video biography below, he says that he intentionally goes around cities looking for trash that people have left, and depending on the position the trash is in, he may get inspired to turn it into art. de Pájaro designs quirky characters, often creating monsters. He says:

People are very receptive and want to see things, different things, things that make them think, and make them laugh. My intention in many occasions is to make people laugh…to seek the smile on people.

de Pájaro never stays to watch people’s reaction to his trash art, but he likes to believe that it achieves his goals of making people laugh or at least smile. His work can be found in cities around the world, including New York and London.

de Pájaro knows that his street art isn’t for everyone, but it doesn’t stop him from turning someone’s trash into treasure or, in this case, art. Watch the video below about de Pájaro and his artistic endeavors and see the rest of the collection on de Pájaro’s blog.

« Which Tech Companies Are Protecting You and Your Data From the Government?