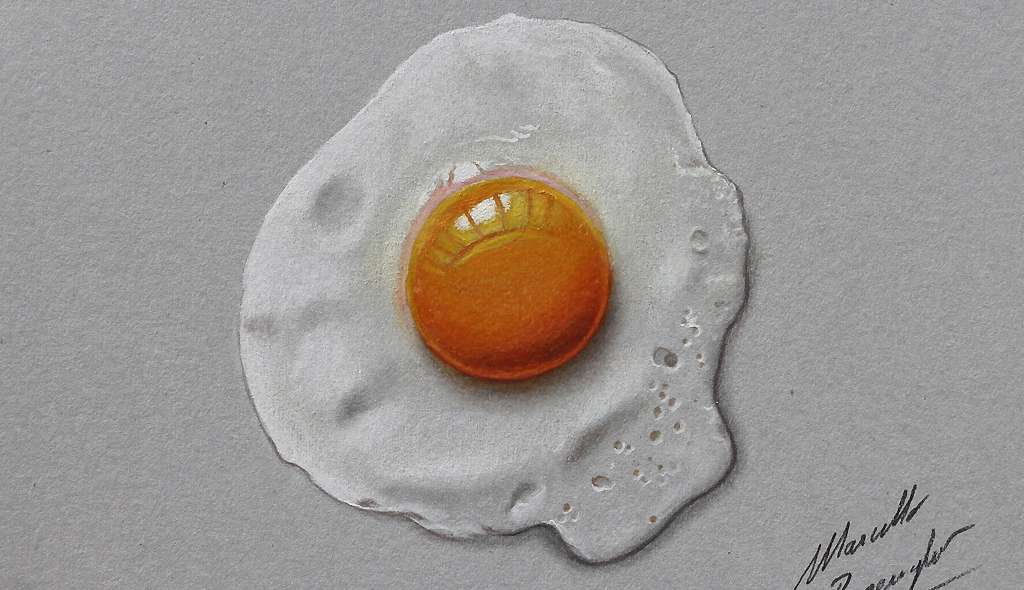 Marcello Barenghi is an illustrator and graphic designer based in Milan. Perhaps most famous for his drawing videos, Barenghi challenges himself to an intense speed drawing session every week where he creates hyperrealistic illustrations of ordinary objects like fried eggs and soda cans – in mere hours! His active engagement with his online fans has earned Barenghi over 17 million views on YouTube.

Drawing under a timer can be tough, and it definitely doesn’t lead to perfection. Despite the fact that Barenghi has created over 100 speed drawing videos, he still feels anxious each time he tackles a new drawing, and he’s never satisfied with the finished product. As he told me over email:

The prevailing feeling is worrying about making a mistake. In addition to the time factor, filming also forces me to hold the paper still and not to invade the field of view with my head. Obviously I’m never satisfied with the result, because there is always some flaw that I hope to avoid in the next drawing.

To create such realistic drawings, Barenghi incorporates a number of mediums into his illustrations, including colored pencils, markers, watercolors, pens and markers. He hopes his videos inspire other illustrators to experiment with new mediums. “There are people who managed to make excellent drawings by copying some of my work, such as the fried egg or the eye,” Barenghi told me. “Some of them are really young, which makes me really happy.”

Check out some of my favorites below, including Barenghi’s latest speed drawing of a set of playing cards:

For more of Barenghi’s speed drawing videos, check out his YouTube channel.

Videos and images by Marcello Barenghi
Translation by Piero Merola