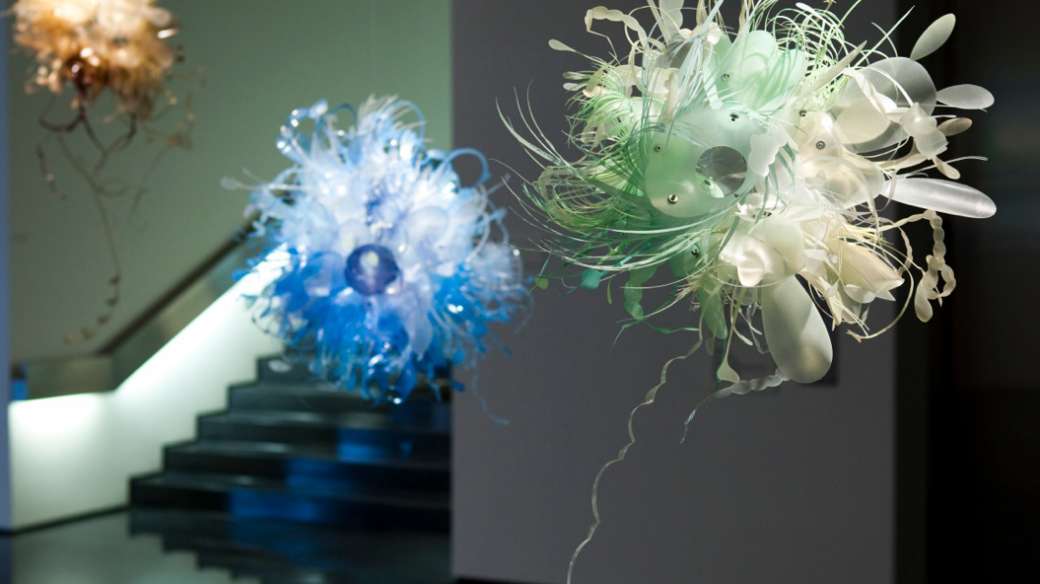 Canadian artist and sculptor Aurora Robson sees both danger and beauty in the things we throw away. Robson had a challenging childhood; she fled her home in Toronto and moved to Hawaii, but she was deported as a teenager. She currently lives in New York City, where she uses the emotions and nightmares of her early years as inspiration for her art.

Although she first used paint as her primary medium, Robson discovered that plastic bottles served as a better material to convey her feelings. As she continued to create art out of discarded bottles, she also learned more about pollution and the plastic waste accumulating on our planet.

Robson makes enchanting works of art while also helping the environment by recycling non-biodegradable materials and reducing waste. As she says in her artist statement video,

It’s a wonderful opportunity to give people a space to reflect on their behavior and their relationship to matter and material that they come across in their daily lives.

Robson’s artistic vision and environmental awareness led her to create an organization called “Project Vortex,” an international group of designers and artists who intercept our planet’s growing stream of waste, which they then use in their artwork. Members of the organization participate in water clean-up efforts, collecting debris that they can later incorporate into their art. The proceeds from Project Vortex go to ocean, river and shoreline clean-up initiatives and to other long-term efforts to confront the problem of excess waste.

Several of Robson’s plastic bottle sculptures and art installations that address the issue of pollution are featured below. To see all of Aurora Robson’s artwork, visit her website.

The Quality of Mercy

Everything All At Once, Forever

What kind of art could you make out of trash?