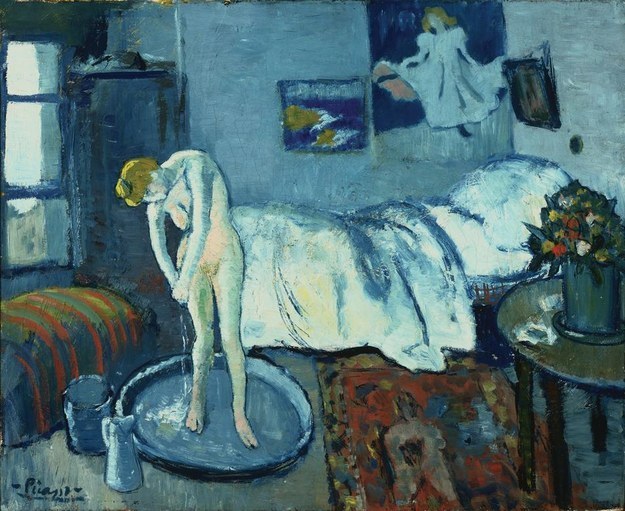 Using infrared technology, art researchers have uncovered a hidden portrait of an unknown man below the surface of a famous Pablo Picasso painting. Apparently beneath Picasso’s “The Blue Room” painting, stands the resemblance of a man wearing a jacket and bow tie, resting his face on his hand.

The painting beneath the painting came just before “The Blue Room” was conceived in the early 1900s during Picasso’s experiments with monochromatic blue shading. While the man remains unknown, experts have ruled out a self-portrait and believe Picasso may have just reused this canvas because they were so expensive.

In fact, this wouldn’t be the first time a hidden image was discovered in a Picasso. Researchers found the “La Vie” and “Woman Ironing” at Manhattan’s Guggenheim had reworked compositions. According to curator Susan Behrends Frank, Picasso “could not afford to acquire new canvasses every time he had an idea that he wanted to pursue.”

The existence of another hidden painting beneath the surface of “The Blue Room” was first suspected in 1954 based on inconsistencies in the brush strokes. Later a fuzzy image was revealed in the 90s and has become clearer with each advancement in restoration technology.

Patrcia Favero, a conservator at the Phillips Collection said this about the discovery:

It was one of those moments that really makes what you do special.

Who do you think the mystery man is?