Let’s Talk Crowdfunding on Twitter in the First Ever #KickstarterChat 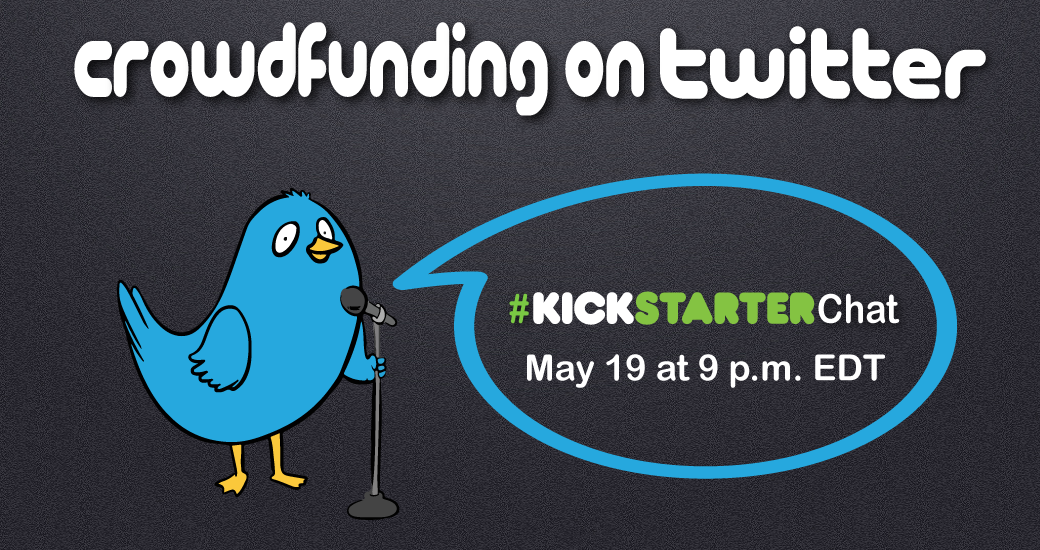 Social media has changed the rules for business, leveling the playing field between big brands and up-and-coming entrepreneurs. Today, to successfully launch a new site or product to the masses, it doesn’t take a huge advertising budget, but rather a great viral idea and solid marketing plan. Entrepreneurs also used to have to rely on money from banks or other lenders. Loans were often denied or came at high interest rates. But today platforms like Kickstarter and Indiegogo have given rise to crowdfunded startups with far greater autonomy and power!

Have you ever had an idea for a new business or creative endeavor you wanted to pursue? On Monday, May 19 at 9 p.m. EDT, we’re going to discuss—live on Twitter—the winning strategies for any Kickstarter campaign. You can follow the conversation and chime in using the hashtag #KickstarterChat right here on this page or in this TweetChat room.

Also be sure to check out our Kickstarter with just 36 hours to go!
https://www.kickstarter.com/projects/danielzeevi/dashburst-magazine-the-android-and-ios-apps 🙂

We’ll be continuously updating this page with additional details, so stay tuned… any suggestions for topics you’d like to discuss tonight?