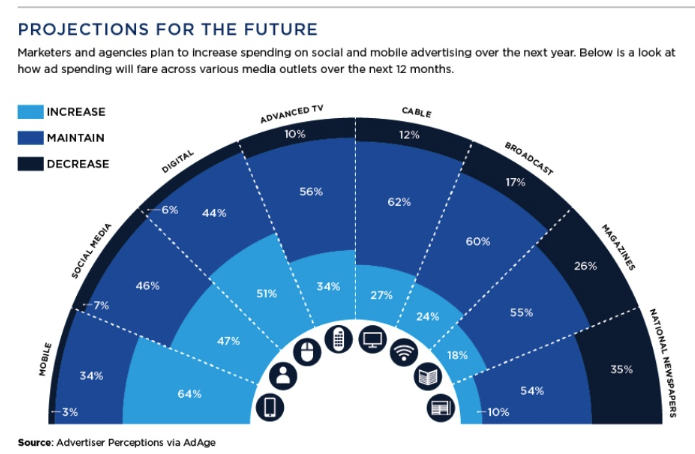 The Rise of Mobile and Native Ads In the Social Stream

As more and more people get their internet fill on their mobile devices, in-stream, mobile ads will continue to become increasingly popular among advertisers and brands.

If you frequent any social networks, you’ve undoubtedly come across some native ads and may not have even realized they have a name. According to Business Insider, native ads are “ads that are seamlessly integrated into a user’s feed and are nearly indistinguishable from organic content.”

From 2012 to 2013 in the U.S., the amount spent on mobile advertising in the first 6 months of the year nearly tripled from $1.2 billion to $3 billion. It is predicted that this number will continue to rise steadily over the next five years as companies pull back their spending on advertisements in national newspapers, magazines, broadcast, and cable and put their resources where they can reach the most eyes and engagement- mobile, social media, and digital.

LinkedIn presents a full picture of current social and mobile ad spending trends, as well as predictions for the future, in the data visualization below.

« Tesla Proves that Word-of-Mouth Marketing Is the Jackpot