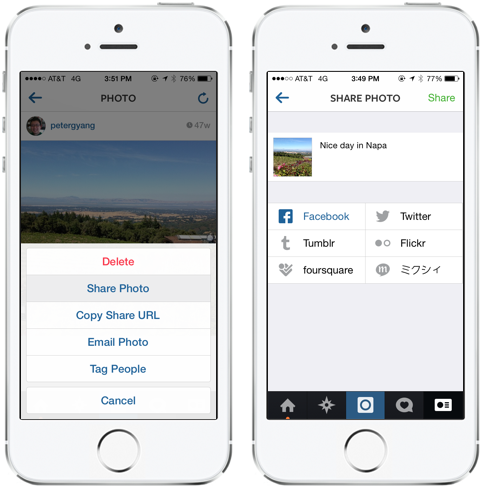 Automatically posting your Spotify and iTunes listening history to Facebook used to be cool (maybe?), but by now it’s grown kind of (really) annoying. And apparently Facebook’s caught on. The company now recommends that developers turn off automatic posting and replace such posts with more purposeful, manual posting options. The network has also launched a few new ways for developers to integrate Facebook into their apps.

Besides changing its guidelines for explicit sharing, Facebook has added two new ways for developers to integrate Facebook into their apps. Facebook’s new send to mobile feature will send users who sign into online services using their Facebook login a Facebook notification reminding them to download and install the site’s mobile app. This option will work automatically for any app that has been upgraded to Facebook’s new Login logic, meaning users should start seeing these types of notifications for all apps.

Keeping good on promises made at f8, Facebook’s also launched a new Like button for mobile apps. Just like on websites, developers can now install the Faecbook Like button within their mobile apps to give users a more direct, one-tap way to share app content to the social network. A beta version of this button is now available for iOS, with a version for Android coming “soon.”

What do you think: will app developers give us a break from explicit sharing anytime soon?