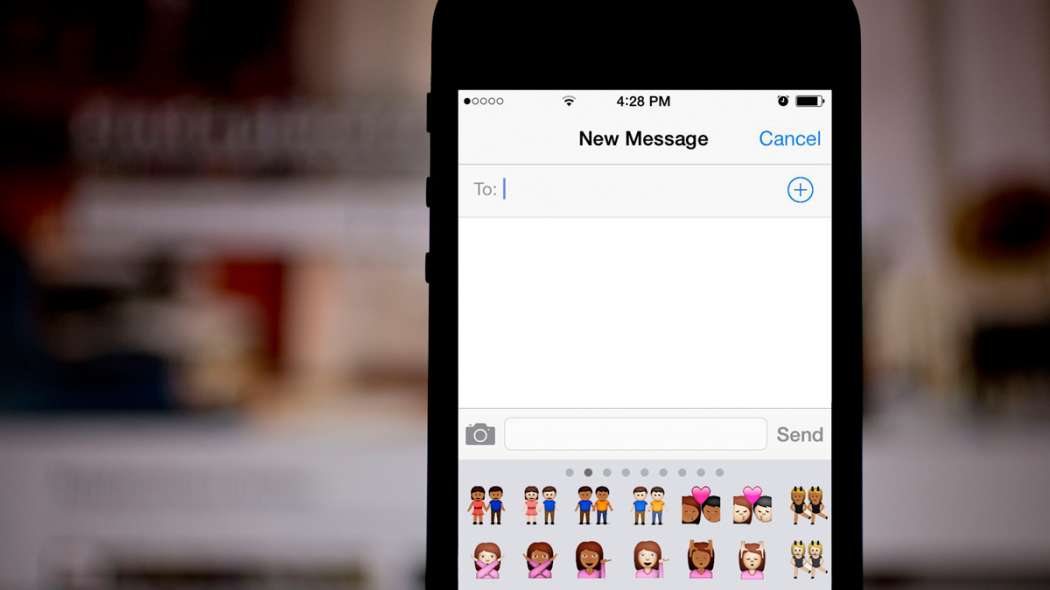 Everybody loves a text with a well-placed Emoji. The cartoon emoticons have become a staple in iMessaging, enhancing our stories with graphics and enabling us to express emotions we couldn’t before. But one thing sticks out about the Emoji app: it doesn’t reflect diversity. Now Apple promises to look into making a change.

With more than 400 options, you can find an emoji to go along with just about any text message. But despite a few exceptions including smiling Asian and Middle Eastern faces, gay and lesbian couples, and various ethnic clothes, flags, symbols and food, the images themselves are overwhelmingly Caucasian. For over a year now, there has been commotion on Twitter regarding this lack of emojis diversity. Even celebrities have joined in, with Miley Cyrus tweeting a red flag as early as December 2012 and Tahj Mowry voicing his criticism this month.

It makes me mad that there are no black emojis…

RT if you think there needs to be an #emojiethnicityupdate

We agree with you. Our emoji characters are based on the Unicode standard, which is necessary for them to be displayed properly across many platforms. There needs to be more diversity in the emoji character set, and we have been working closely with the Unicode Consortium in an effort to update the standard.

Though the company hasn’t set a release date for the diversified Emoji update, the fact that Apple is considering a change is a step in the right direction.