The Mask You Live In: An Exploration of Masculinity Growing Up in America, Sports Culture and Violence 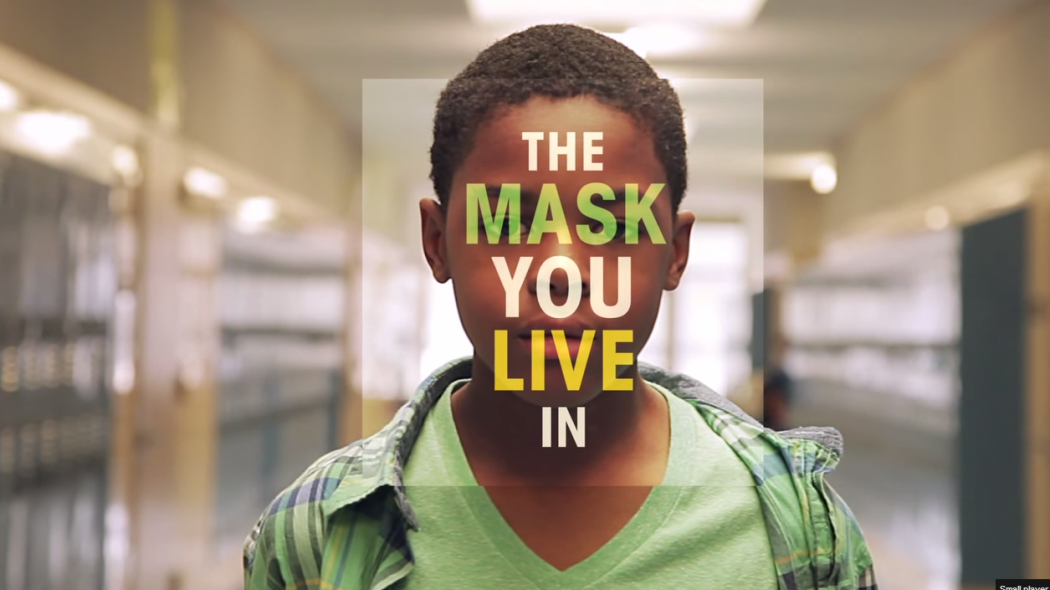 A day after the Super Bowl, testosterone levels across the country are likely near an all-time high. Winning the Super Bowl is the pinnacle of what a man in America can achieve, right? And if you were to listen in on the sidelines you’d often hear phrases thrown around like, “Don’t let anyone disrespect you. Man up.”

Which may be fine given the context but, according to these tough standards, what does it take for young men to grow up in America? Does respect now become linked to violence? As most kids grow up idolizing sports athletes and action heroes this can lead to a win-first and aggressive ideology throughout their lives. Similar to in a pack of wild animals, you see alpha males naturally posturing similarly to how the other males are posturing in their social circles, where life becomes like an urban survival of the fittest. Every day when you wake up, you have to put on your mask before you go to school. But did you know that every day three or more boys in the U.S. take their own lives?

Growing up boys will often hear things similar to what NFL players hear during games with phrases like stop crying, stop with the emotions: be a man. “The three most destructive words a man receives when he is a little boy is to be a man,” says Joe Ehrmann, a coach and former NFL player. Do we live in a culture where being a man means destroying every other moving object in sight? Or on a more personal level, pretending to not care about other people or relationships?

Maybe this is why President Obama said in the days leading up to the Super Bowl, “I would not let my son play pro football.” While this wasn’t a popular thing to say given the timing of the big game, would you really want your son to risk his physical and/or mental health to live up to some idea of what being a man is?

The Representation Project‘s upcoming documentary explores this culture of American masculinity and violence that even extends to popular cinema with lines like, “Be cool and be kind of a dick. Don’t let your woman run your life. Grow some balls. Be a man.”

You’ve heard these things before while growing up and watching movies in America, regardless of your gender, and they may have even been funny to you at some point. “We’ve constructed an idea of masculinity in the United States that doesn’t give young boys a way to feel secure in their masculinity so we make them go prove it all the time,” says Dr. Michael Kimmel, a sociologist and educator.

But the real problem is that less than 50% of young men and adult males with mental health challenges actually seek the help they need, causing them to act out. Compared to girls, studies show that boys in the United States are much more likely to be diagnosed with a behavior disorder, fail out of school, fall into binge drinking, commit violent crimes and take their own lives.

The Mask You Live In asks us as a society how we are failing our boys and what we can do about it. Are we ready to end the cycle of the masculine narrative?

Learn more about The Representation Project here and how you can take action.